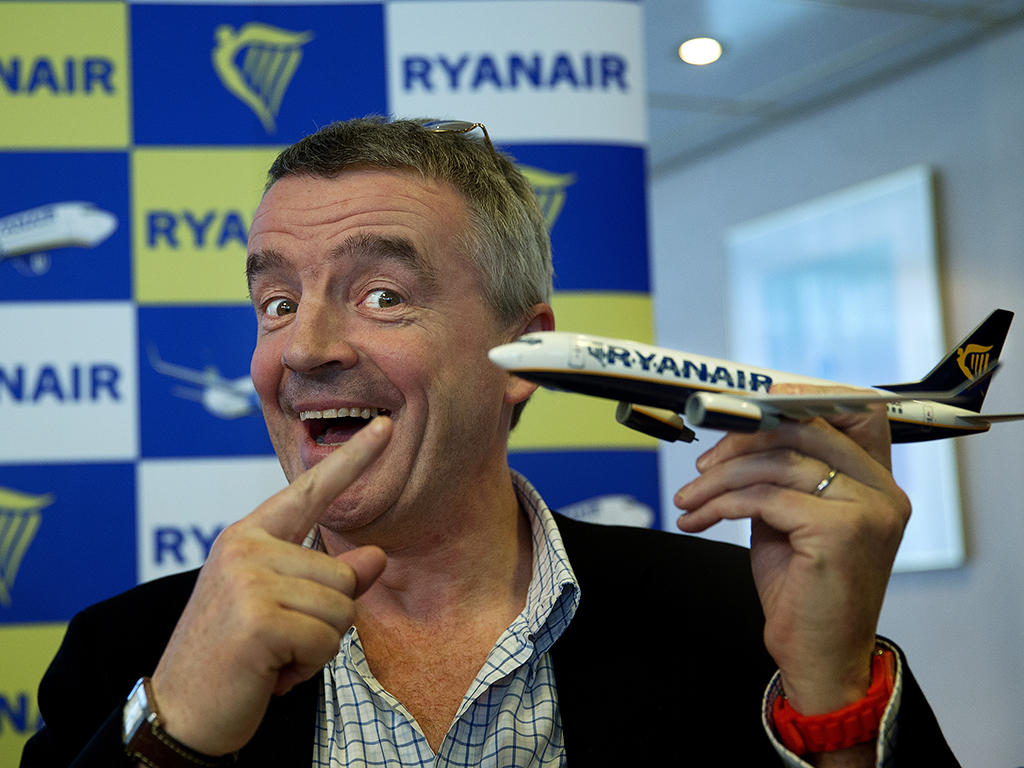 Europe’s leading air carrier Ryanair has lifted its forecasts to between €810m and €830m. The budget airline had already raised them three times earlier on in the year following its shift in business strategy.

A further 22 percent rise – taking total passenger numbers to 6.35m in November – and a seven percent boost in load factors have led to the revised forecasts. Passenger number predictions for the year have now been risen to just over 90 million.

The most recent revision came just a month ago, when forecasts were increased to a €750-770m range. That’s against initial guidance at the start of year, which predicted a range of €580m to €620m following profits of €523m in 2013.

Two profit warnings that year nudged Ryanair to review its strategy. Since then the Dublin-based airline has been trying to shed its cheap-and-cheerful image by targeting business travellers and boosting the number of flights on business routes.

The carrier has improved its website, introduced ‘Business Plus’ and softened hand luggage restrictions so passengers can now take on two pieces of carry-on baggage. Ryanair has also been trying to rid controversial CEO Michael O’Leary of his tinged reputation with a nice-guy overhaul.

Efforts appear to be paying off, with Ryanair now aiming for a return to yearly profit growth after five straight years of falling profits.

Half-year profits after tax to September 30 rose 32 percent to €795, which led to the initial guidance update in early November.

Stock has risen 47 percent over the year, lining it up for what’s expected to be the airline’s highest annual return in nine years, Bloomberg Businessweek reports.