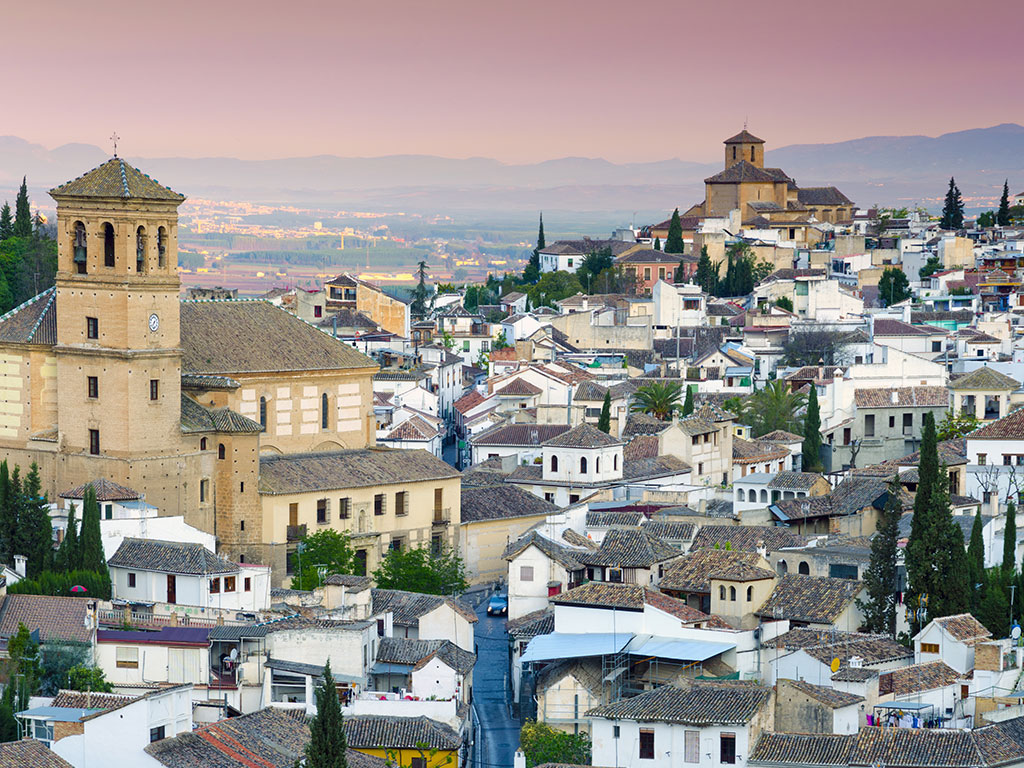 The Granada, Sacromonte and Albaicin districts in Spain. The country is still the most popular for people considering buying property abroad

The Quarterly Index measures the number of enquiries via downloads of the company’s country-specific buying guides, such as SpainBuyingGuide.com and PortugalBuyingGuide.com.

Spain, Portugal and France are still the most popular countries in which to buy an overseas property, with Italy and Turkey growing in popularity. A busy start to the year
Despite the increased values, and a bullish first half of the year, there was a cooling off of enquiries during the third quarter of 2014. This compares to the previous two years, when Q3 has always outperformed the first two quarters, as the months of April to June continue to be the most popular months for would-be homebuyers to view and complete on overseas properties.

Economic uncertainty in September
Total enquiries between July and September fell by 9 percent compared with the second quarter of 2014, and 5.5 percent in the compared with the first quarter. We can highlight recent economic turbulence as the reason for this. The uncertainty around the outcome of Scottish Referendum in September definitely caused nervousness in the economy, with ripple effects felt across Europe and a reluctance to purchase overseas property.

There is evidence to suggest that this also prompted a significant number of individuals to put their plans to buy abroad on hold – and led to a momentary loss in value for sterling, which would have similarly deterred people from purchasing or moving abroad until things had settled down.

A bright future ahead
Looking ahead, continued growth is expected in the key property markets, particularly across Europe, with mortgage rates in the Eurozone remaining at historic lows and sterling likely to maintain a comparatively strong value against the euro. There is also a sentiment that the bargain prices of homes in popular parts of Spain, France and Portugal won’t last forever, with signs that hotspots are already seeing slight price rises – buyers don’t want to miss the boat and are exploring their options. The recent Reader’s Survey from OverseasGuidesCompany.com showed that Spain, France and Portugal are the most popular countries for those considering buying property abroad and with those readers who already have a second property.

Spain continues to top the list
Spain is still the most popular country, generating 2,710 enquiries in the third quarter, compared to 2,494 enquiries in the third quarter of 2013. Things are looking up for Spain economically, with a surge in interest in the property market and an improving economy. The International Monetary Fund recently announced that the southern European country will lead the rest of the EU in terms of economic growth over the next year – the economy is expected to grow at 1.3 percent in 2014 and continue by 1.7 percent in 2015. France still a favourite
France remains a favourite overseas property hotspot, in second place with 2,575 enquiries, and we know that now is a great time to be looking to buy in France. Not only have house prices across the country remained stable over the last year, with average prices even falling in some areas, but France is also now offering interest-only mortgages to non-French residents.

Ones to watch
Star performers in the third quarter in terms of growth in enquiries were Italy (12.7 percent), Greece (52 percent) and Turkey (8.5 percent), all of which saw significant rises in enquiries compared to the previous quarter.