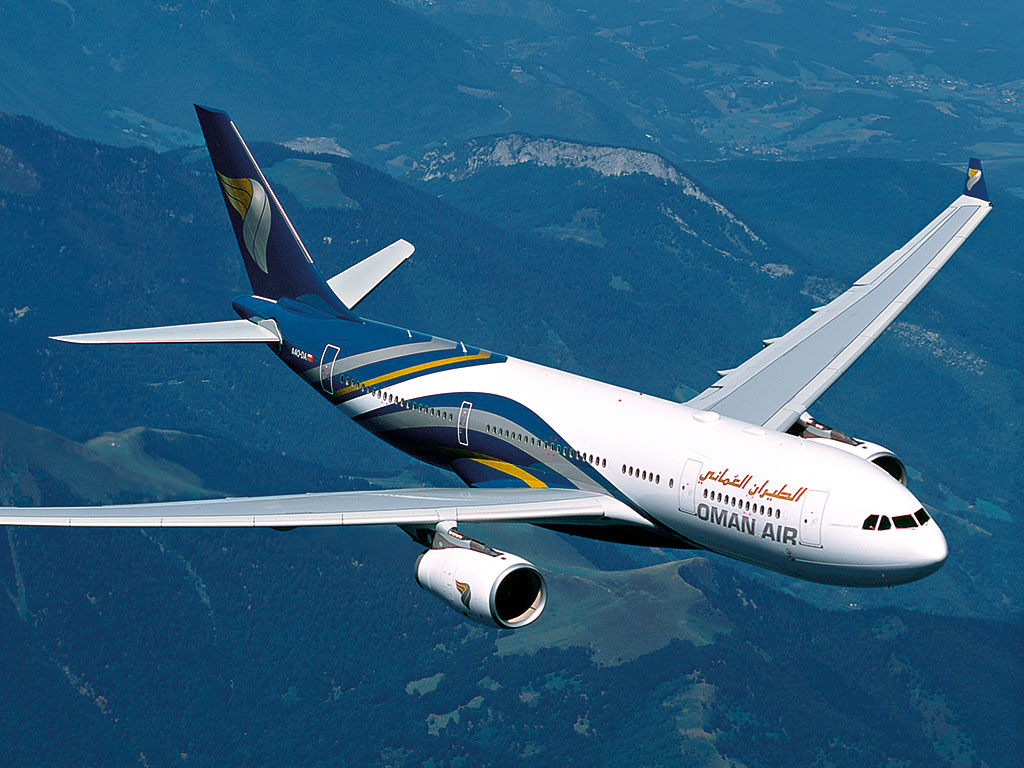 Oman Air aims to operate a fleet of 70 aircraft by 2020, flying to as many as 75 global destinations

After launching its daily direct Muscat to London Service in 2007, Oman Air experienced huge demand for seats. Passenger numbers grew further when the service switched from Gatwick to Heathrow in 2009, and by 2015 it was commonplace for flights to be sold out.

So it is great news for anyone wishing to fly to Muscat – or any one of Oman Air’s numerous onward destinations across the Middle East and Asia – that the airline has unveiled a second daily route this year. The move comes as part of Oman Air’s ambitious, ongoing fleet and network expansion programme. This will see the national carrier of the Sultanate of Oman operate a fleet of 70 aircraft – 25 wide-body and 45 narrow-body – by 2020, flying to as many as 75 global destinations.

But as well as the increased number of destinations, Oman Air is intent upon increasing the number of routes it operates to established destinations. All 11 of the airline’s destinations in India benefit from daily or double-daily services, while the majority of other destinations throughout Asia, the Middle East and Europe also offer one or more return flights to Muscat every day of the week.

Flagship innovation
One of Oman Air’s flagship routes – and one of its longest-established international services – is the service from Muscat to London, which has always proved both popular and high in profile. When the airline launched its first three-class Airbus A330 fleet, the inaugural flight was to London. When it became the first airline in the world to offer both Wi-Fi and mobile phone connectivity inflight, it was on the London route that the service was unveiled. And when Saveur magazine presented Oman Air with the Readers’ Choice Award in their Culinary Travel Awards, it was the menu on the Muscat to London route that was singled out for special praise.

However, the London route is by no means the only one within Oman Air’s network on which quality is the watchword. In fact, all of Oman Air’s first class, business class and economy class services have consistently been lauded. The airline’s commitment to quality, comfort and a seamless passenger experience has resulted in acclaim at the Skytrax World Airline Awards, including Best Business Class Seat in the World (2011, 2012), Service Excellence, Middle East (2011) and Best Staff Service, Middle East (2014).

One challenge that Oman Air’s service to London has faced since its inception is that of connectivity with flights to North America. The original service left Muscat at around 2pm (local time) and arrived at approximately 7pm. This meant any connecting flight to the US or Canada would be likely to arrive in the early hours of the morning – far from ideal for either business or leisure travellers. Similarly, travellers from North America wishing to fly on to Muscat would be likely to arrive at Heathrow either early in the morning or late at night – neither time being convenient for Oman Air’s 9.30pm departure.

To the delight of travellers in both North America and Oman, Oman Air’s new service addresses this issue very effectively. It flies through the night, departing Muscat at 1.25am and arriving in London Heathrow Terminal 4 at 6.30am. Return flights depart Heathrow Terminal 4 at 8.25am and arrive in Muscat at 6.55pm. The service therefore enables highly attractive, short connections of less than three hours with other airlines’ services to major North American cities, such as New York, Boston, Chicago, Miami, Los Angeles, San Francisco and Toronto. In the short term, that means operating out of both Terminals 3 and 4 at Heathrow, but the appropriate departure point is clearly indicated on customers’ booking information, with work underway to accommodate all of Oman Air’s operations at the same terminal from the earliest possible date.

Not only does Oman Air’s second itinerary consolidate the airline’s presence within the UK market, but it also opens a door to a new market in North America – an important element of the ongoing expansion programme. Already, such prestigious destinations as Manila, Jakarta, Goa, Singapore and Mashhad have been introduced to Oman Air’s network, and further services – including to China – will be announced soon. But increasing the range of choice for customers is also achieved through the strategic use of codeshare agreements.

Mix and match air travel
Codeshares enable an airline’s customers to book seats on services that are operated in tandem with other airlines. For example, a customer flying out of Heathrow could fly to Muscat with Oman Air and then switch to Ethiopian Airlines to travel on to Addis Ababa, or to any one of six Chinese destinations with Thai Airways, all on one ticket. While Oman Air currently lists 50 destinations within its own network, its customers can also book to travel to around 40 more destinations, in partnership with carriers such as the above-mentioned Ethiopian Airlines and Thai Airways, as well as Garuda Indonesian, Turkish Airlines, Sri Lankan Airlines and KLM.

One of the keys to a successful codeshare partnership is a shared commitment to quality and the highest possible standard of passenger experience. The airline sets the bar very high indeed. With so many new aircraft joining the airline, Oman Air took the opportunity to reconfigure its business and economy class interiors to offer greater comfort and amenities. Those interiors are also now being installed on the airline’s existing fleet.

On the long haul Airbus A330 and Boeing 787 Dreamliners, the business class cabins feature wide, extremely comfortable seats that convert electronically to become fully lie-flat beds. Each offers direct aisle access and a folding armrest to make entry and exit even easier.

A retracting one-piece meal table, cocktail table, literature pocket and headset compartment keep the suite tidy, while mood and reading lights can be controlled by the passenger to suit their preferences.

An integrated buddy-seat enables customers to dine with, or meet with, other passengers – or to just put their feet up. State-of-the-art inflight entertainment technology is accessed via an ergonomically designed handset and a huge 17-inch screen. In addition, two USB points, an ethernet socket, an RCA plug and a universal power point ensure personal technology can be charged up and personal media content can be accessed via the onboard system.

In long haul economy class, similarly high standards are available. Seats can be adjusted for comfort, feature a four-way adjustable headrest and have a neat, dual-fold sliding tray table. Seats are located within a spacious 32-inch pitch, ensuring plenty of legroom. And, just like its business class counterparts, economy class offers access to the superb range of music, movies, games and information featured on the inflight entertainment system. The 10.6-inch seatback-mounted personal monitor is accompanied by USB and RCA inputs, and each pair of seats has access to a PC power port and ethernet plug.

The aircraft and its interiors are very special. But what really sets Oman Air apart is the high standard of its onboard service. Each crew member takes pride in representing the Sultanate of Oman and expressing the highest levels of traditional Omani hospitality. That means taking care of the customer’s every need, being attentive but respecting privacy, serving delicious inflight cuisine and ensuring that air travel – whether long or short haul – is a genuine pleasure.

And now, with its second daily, non-stop and direct service between London and Muscat, Oman Air has doubled the opportunities to experience a truly exceptional airline. Great news indeed for business and leisure travellers alike.