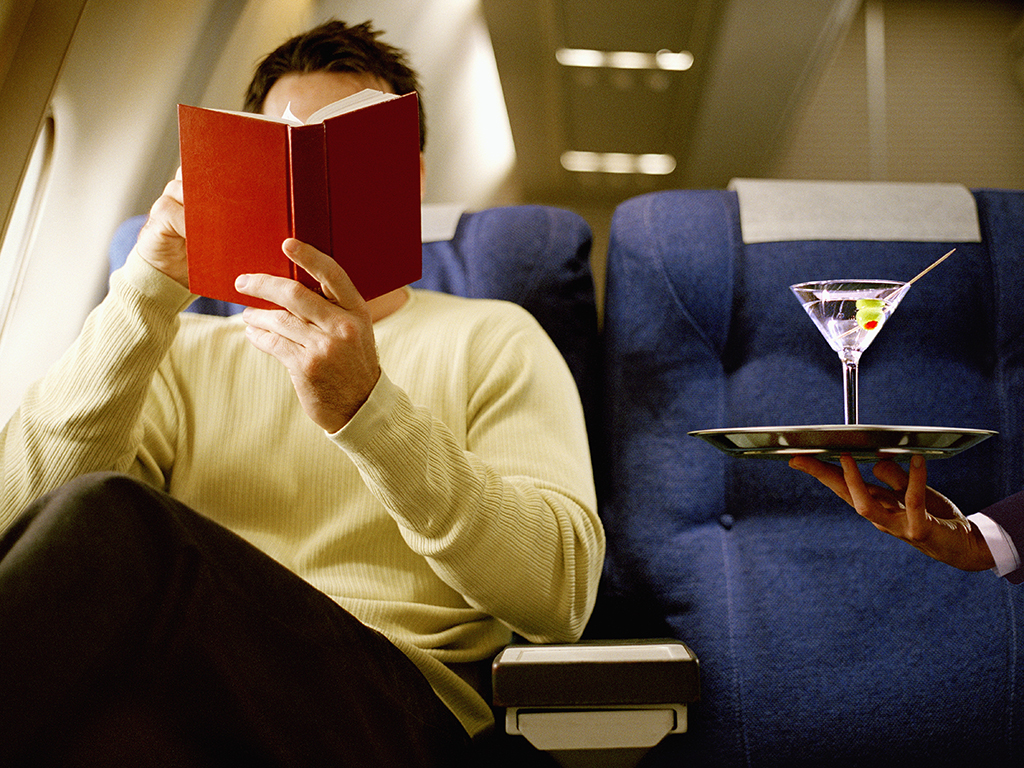 Jules Gray would rather shun the luxuries of first class travel, and spend more money on his eventual holiday destination

Arriving early for things is not a trait I am known for, nor is it something I generally strive to do – least of all for a series of tedious security checks alongside the types of people you forget exist until they surround you at major transport hubs. Queueing at checkpoints, only to spend hours in an atrium of bland retail outlets, soundtracked by jaunty panpipes, is not my ideal prelude to several more hours trapped inside a metal tube thousands of feet in the sky. But this time was different. This time, I had good reason.

What could possibly make a long-haul flight bearable? Luxury, of course. The sort of luxury only available to those with budgets a lowly business journalist like myself can only dream of. For years, I’ve fantasised about first class life. Sat in cattle class, I look longingly forward, desperate to catch a glimpse beyond the curtain that divides riff-raff like myself from godlike high-flyers in first/business/club/upper/whatever-other-sneering-name.

I’ve started to feel like my 10-year-old self, overlooked as teams are chosen for impromptu games of football

While I don’t know anyone who pays for the absurdly costly privilege of flying first class, the list of friends who claim to have been plucked from obscurity to sit among the great and good is so long I’ve started to feel like my 10-year-old self, overlooked as teams are chosen for impromptu games of football. The tales of opulence enjoyed by said friends had sent my usually sickly face even greener with envy. I swore an oath to move beyond the class curtain on an imminent flight to New York.

While borrowing or stealing were out of the question (journalists really shouldn’t commit to long-term loans, and I certainly wouldn’t fair well in prison) begging is a forte of mine.

First chance
Turning up at Heathrow’s Terminal 3 four hours before departure, I had enough time to refine my usually shambolic look. I checked my mostly ironed shirt, carefully creased jeans (emphasising that I am smart-but-casual, slick-yet-relaxed), and blister-inducing loafers. I dragged an actual comb through my hair. Such sacrifices seemed considerable, yet necessary.

Tentatively approaching the desk, standing very straight, I handed over my ticket. Applying the previously untested charm my mother assures me I have, I asked the stewardess if she was having a nice day. “Yes,” she grunted.

“Window or aisle?” she asked. Panic. If I committed to her choice of seat, the logistics of being moved to another might prove too much for this nameless airline to manage. Here was my moment. “Um, well I wanted to ask you about that. I don’t suppose there’s any possibility of an upgrade?” She looked blankly at me. Undeterred, I decided to go nuclear. “Sorry, I probably should’ve mentioned before. I’m actually a journalist, and I’m writing an article about first class travel and I thought I’d give your airline some publicity.” I thrust my press card in her face. She rolled her eyes. “You really should’ve spoken to a member of our press department if that’s what you were after. Let me ring my manager.”

She proceeded to dial a number and mutter into the phone, not once convincing me that she was actually having a conversation with a real person. Upon hanging up, she contorted her face in a poor imitation of sympathy. “I’m sorry sir, but there’s really nothing we can do. Now – window or aisle?”

And thus it was over. I accepted my fate as a commoner and sat in the drab departure lounge – no servants and no complimentary champagne in sight. While I waited, I watched the flow of scruffily dressed people, seemingly unappreciative of how much I had wanted to be among them. There they were, casually walking into the first class cabin as though they did it every day. It was then I decided that, perhaps, first class travel wasn’t worth it.

Nice to be normal
Now, it’s all very well travelling in your own luxury pod with Veuve Clicquot ‘La Grande Dame’ 2004 on tap and finely cooked parmesan-crumbed fillet of beef with a side of dauphinoise potato, glazed carrot and red wine jus. But is it really worth paying 10 times more? Surely a traveller’s money is better spent enjoying their eventual destination?

Granted, travelling economy class may result in being rhythmically kicked by a spoilt child. Or surrounded by Liverpudlian teenagers so overjoyed at the prospect of arriving in a city they’ve only seen on the TV that they burst into Sinatra’s New York, New York a full hour before landing, causing this journalist to blush redder than his travel socks and stress to his American neighbour that not all British people are like that.

But still, I wouldn’t pay to go first class. I’d much rather sit in comradely solidarity with my fellow normal people, with my microwaved pasta bake, acidic red wine, itchy blanket, straight-to-DVD films, and a soundtrack of screams and yelps to drown out my crushed, mournful sobbing.