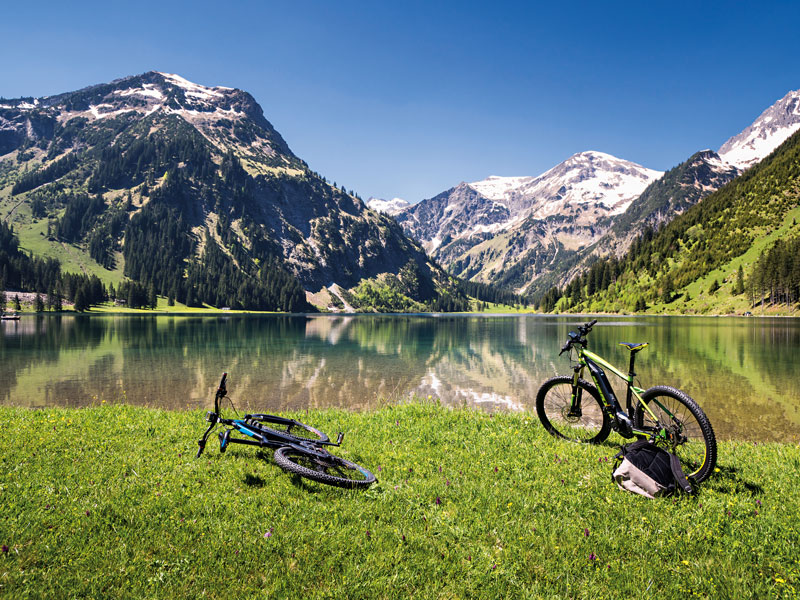 For some time, Majorca has been one of the most popular destinations for cycling holidays worldwide. But now there’s another contender in the race to be Europe’s best cycling destination: Girona

Cycling tourism has been on the rise for some time now. In fact, back in 2014, World Travel Market’s Global Trends Report revealed that golfing tourism had been overtaken by its much speedier cousin. This once-niche type of vacation has well and truly entered the mainstream, with more novices getting in gear each year.

The trend corresponds with a much broader social change, which sees individuals paying far greater attention to their health and fitness. The fact that cycling is approachable for even the most sport-averse traveller adds to its appeal. “It’s quite easy to start out – you don’t have to be in great shape,” said Christian Meier, a retired professional cyclist. “The other big part is that it’s quite social from day one… and it’s got a nice lifestyle component. Riding in a group, stopping in cafes and then continuing to ride – it’s quite a beautiful sport.”

The widening demographic of cycling holidays is thanks, in large part, to e-bikes, which have played an important role in making the sport more accessible

For some time, Majorca has been one of the most popular destinations for cycling holidays worldwide. But now there’s another contender in the race to be Europe’s best cycling destination: Girona. A small, picturesque city in Spain’s North-Eastern Catalonia region, Girona draws in cycling tourists from around the globe. With a unique combination of flat terrain, gentle slopes and challenging climbs, together with an enviable climate all year round, some say that Girona is the perfect place to cycle. So perfect, in fact, that it is home to a disproportionately high number of professional and retired cyclists.

Usurping the competition
With its luxury beach-fronted hotels and wide array of all-inclusive packages, Majorca has been a tourist hotspot for decades and a well-known cycling destination for a number of years. Arguably, Majorca has been a victim of its own success: droves of beach-loving holidaymakers descend on the island each year, leading some cyclists to search for a change of scenery. But where Majorca falls short, Girona excels. Home to fewer than 100,000 people, the city is relatively small and is located some 40km from the Costa Brava and around 100km from Barcelona, saving it from the annual influx of sun-seeking tourists.

With a history dating back to medieval times and a repertoire of imposing fortresses, winding alleyways and cobblestone streets, Girona operates at a different pace of life to Majorca. Known for its friendly local community and family-run hotels, Girona offers a far more personal touch, too. Lee Comerford, co-founder of Eat Sleep Cycle, a cycling tour company based in the city, said: “Food is also a central part of the Girona cycling experience, with Michelin star restaurants (such as the world-famous El Celler de Can Roca), country restaurants and great options all over the city centre.”

Perhaps most importantly, the city’s cycling routes are superior to its island rival’s. “Both destinations offer great cycling with smooth roads, iconic climbs and understanding traffic, but for me, Girona has the edge in terms of variety and quantity of routes – even without factoring in the huge network of gravel roads and mountain bike trails,” said Comerford. “The Pyrenees are to the north of the city and the Costa Brava is to the south, offering cyclists flat, rolling and mountainous rides.”

“We also have generally quiet roads and very courteous drivers,” said Meier, who has been living in Girona for around 10 years. Comerford agreed: “Traffic levels in the Girona region are low and when vehicles do encounter cyclists, the drivers are respectful of their place on the road and pass wide and slow – this is a crucial piece of the puzzle, which makes Girona a cycling gem of the world.” With a local airport that offers seasonal flights within the region, and Barcelona but a 30-minute drive away, accessing the city is also a breeze. “It really [is] just a perfect storm of everything we need to be comfortable and train well,” said Meier.

Peddling tourism
Though Girona has long been a popular tourist destination, as indicated by its high-end restaurant scene, its cycling component is a growing focus for residents. “The local Catalan community is welcoming to cyclists, embracing both cycling tourism, professional cyclists and expats who are relocating to Girona to enjoy a better quality of life,” Comerford told Business Destinations.

Tourist infrastructure in Girona, as such, is increasingly tailored towards cyclists. Many hotels and rental apartments now have bike-hanging facilities, while the city is also adding more cycling paths to its already-brimming selection. As well as a rising number of cafes, shops offering cycling equipment and services are also emerging. For instance, along with his wife Amber, Meier runs the Service Course, a shop that offers tourists anything they could possibly need to cycle in Girona. Since starting in early 2017, Meier’s business has already expanded to include La Fabrica and Espresso Mafia, two upmarket coffee shops in the area. Comerford’s Eat Sleep Cycle, meanwhile, also offers bicycle hire, as well as a growing range of tours in the area and beyond.

In line with this expanding cohort of cycling tours and services, the area receives a more varied mix of tourists with each passing year. “Our Girona guests are from all over the world and tend to be aged 30 upwards,” said Comerford. “We have a great balance of men and women renting bikes, and are doing everything we can to get ourselves to a 50-50 split of male and female guests.” To do so, the company provides women-only camps and carries a range of smaller bikes. And in a bid to welcome younger cyclists, Eat Sleep Cycle will offer more family-orientated trips this year, too.

The widening demographic of cycling holidays is thanks, in large part, to e-bikes, which have played an important role in making the sport more accessible. With an electric motor and battery taking a lot of the hard work out of cycling – particularly on challenging climbs – e-bikes offer pressure-free riding. This means older people, as well as those new to cycling, can enjoy the sport and even ride alongside seasoned cyclists.

Mixed-ability groups, as made possible by e-bikes, have significant market potential. “Companies like us have seen [a] huge increase in tour sales when they introduced e-bikes as an option,” said Comerford. “E-bikes are great fun and ultimately help to bring people together and enjoy shared cycling experiences… The improvement in e-bike technology also makes a cycling holiday a viable option for people that wouldn’t otherwise have thought about it.”

Business by bike
Interestingly, the social aspect of cycling is also becoming a big draw for business travellers. “It’s a networking junket for them; they invite their clients from all different industries and backgrounds and they bring them down and do three days of riding. They meet people and connect – it’s quite a big thing now,” Meier told Business Destinations. The Service Course receives more and more business travellers each year. Among his clients is software giant Adobe, for which Meier organises two or three trips a year in Girona.

This type of visitor underpins the direction in which Girona’s cycling holiday industry is headed. Given the city’s relatively small size, rather than expansion, market development will focus on the quality of services offered. Meier explained: “We’re not really fighting for those rock-bottom prices. I think that’s what also differentiates us a little from Majorca.” Considering the quality of its restaurants, cycling tours and paths, as well as other supporting infrastructure, Girona is swiftly accelerating to become a high-end cycling destination like no other.