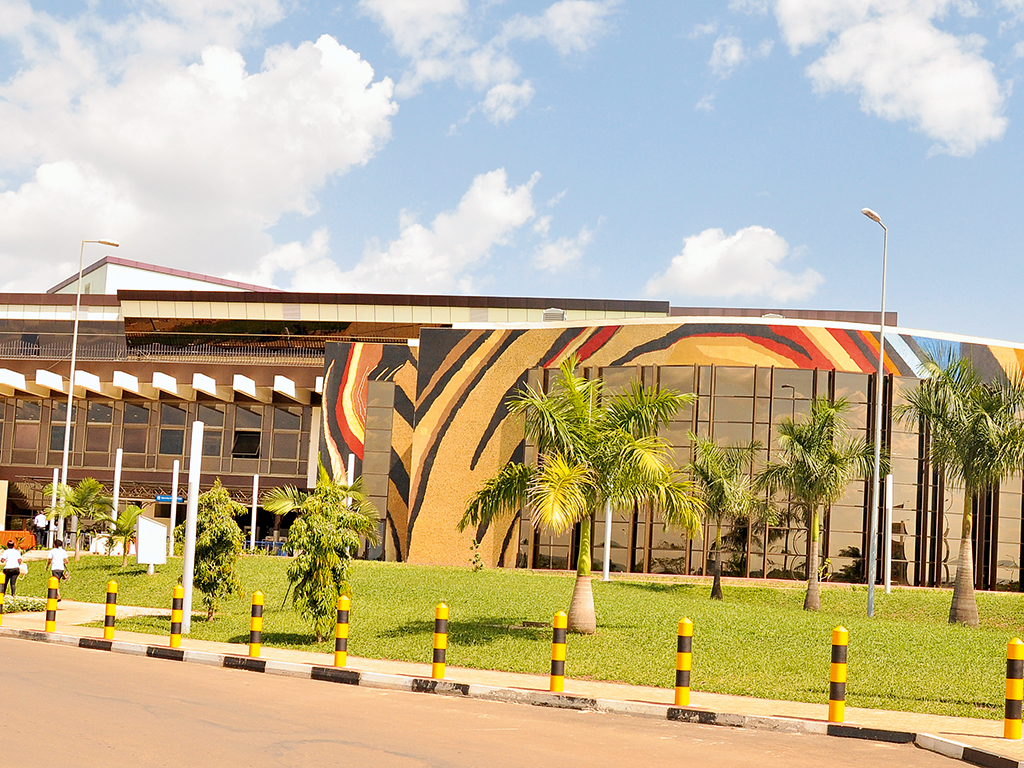 Kigali International Airport, which is currently undergoing a significant expansion. When finished it will be able to accommodate 1.5 million passengers annually, three times its previous capacity

Rwanda’s tourism industry, a key pillar in the country’s vision for the future, is one of its largest employers and foreign exchange earners. A remarkable tourism and convention destination, the country has hosted a number of high-level conferences in recent years, including the Transform Africa summit in October 2013, which accommodated 2,000 delegates, and the African Development Bank general assembly in May 2014, which accommodated 2,500. There have also been numerous other events on a slightly smaller scale, such as the Africa Insurance summit (800 delegates) in June 2014 and ITC’s World Export Development Forum (800 delegates) in September.

Growing tourism
The government of Rwanda has identified the MICE tourism sector as providing a sound, long-term opportunity to diversify and develop Rwanda’s export strategy. As such, Rwanda’s capital city is currently preparing to unveil the new $300m Kigali Convention Centre (KCC) that is due to open in late 2015. Positioned on a hilltop in the heart of Kigali and only minutes away from the Rwandan parliament, the development is set to become one of the most recognisable modern structures in Africa. Incorporating a translucent dome that has been modelled on traditional royal palaces, the KCC’s multi-functional hall, with a capacity of 2,600, will help to position Rwanda firmly as the leading MICE destination in east Africa. The KCC is perfectly positioned to offer an extensive range of pre- and post-convention tours of the city, giving visitors the chance to explore Rwanda’s remarkable natural and cultural attractions.

Rwanda’s tourism industry, a key pillar in the country’s vision for the future, is one of its largest employers and foreign exchange earners

In tandem with the construction of the KCC, a number of international four- and five-star hotels are currently under development in Rwanda, including Radisson Blu, Marriott, Park Inn, Sheraton, Kempinski, Protea and Golden Tulip. This series of projects will result in more than 1,000 high-end hotel rooms becoming available to travellers in the foreseeable future. Through recognition of the huge potential that lies in Rwanda’s tourism industry, the Rwandan government has invested in feasibility studies that will deliver a strong return on investment for potential stakeholders.

Just 10 minutes from the city centre, the ongoing expansion of the Kigali International Airport (KIA) is 90 percent complete. Upon the project’s completion the upgraded airport will be able to accommodate 1.5 million passengers annually, three times its previous capacity of 500,000. The nation’s lead carrier, RwandAir, is one of the quickest expanding airlines on the African continent, connecting the country to business hubs in east, west and south Africa, as well as the Middle East and Europe. These rapid developments are positioning the country as a strong contender for fastest growth in the MICE sector, as well as opening trade links and facilitating investment.

Natural splendor
Rwanda is also a place of staggering natural beauty. Known as ‘the land of a thousand hills’, Rwanda boasts undulating green landscapes, volcanoes, coffee and tea plantations, and Africa’s largest protected rainforest. It is home to one third of the world’s remaining mountain gorillas, 14 species of primates, one third of Africa’s genera of bird, and three national parks – one of which is a vast game safari park. Visitors can also experience the islands and resorts of the expansive Lake Kivu, traditional Rwandan dancers and artistic crafts, and some of the world’s friendliest people.

Rwanda has an extremely varied landscape and a rich culture that includes captivating music and dance, a growing contemporary art industry, and wonderful crafts including pottery, basketry, painting, jewellery, woodcarving and metalwork. A window into Rwanda’s history is provided by the many memorial sites and museums that are preserved around the country, while a number of community-based tourism experiences offer travellers the opportunity to witness the destination’s rich cultural life first-hand.