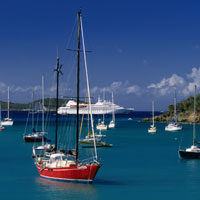 In the early 19th century, the land around Port Elizabeth was settled by 4,000 British settlers looking for new opportunities in the South African hinterland. Encouraged by the South African government, the settlement grew into a diverse mix of ethnicities from Europe, Cape Malay and many other parts of the world. It thrived as a centre of manufacturing, but forced relocations and ill-advised building projects during the Apartheid era led to inner city decline.

Yet Port Elizabeth has long been known as the ‘Friendly City’, and not just for the miles of gorgeous beaches that look out onto the warmth of the Indian Ocean. Recent regeneration projects triggered by the 2010 World Cup are expected to create a waterfront to rival Cape Town, suggesting a new golden age could be just around the corner for Africa’s latest boomtown.

Where to stay
The Windermere Hotel is a friendly, elegant oasis of tranquillity, with great décor in comfortable and spacious rooms. The Hacklewood Hill Country House is a little out of the way but its manor-like grounds are a great escape from the city.

Where to eat
Cape Town Fish Market may be one of a chain, but it’s a great place to grab some great South African seafood. Ginger is a great lively place that combines local favourites with wider international influences that is a favourite with locals and visitors alike.

What to see
The Red Location museum is a very forward-thinking historical museum that builds on modern conceptions of space and memory to actively involve visitors in its exhibits. Alternatively, get out of the city and see some wild things at Schotia Safaris Private Game Reserve.