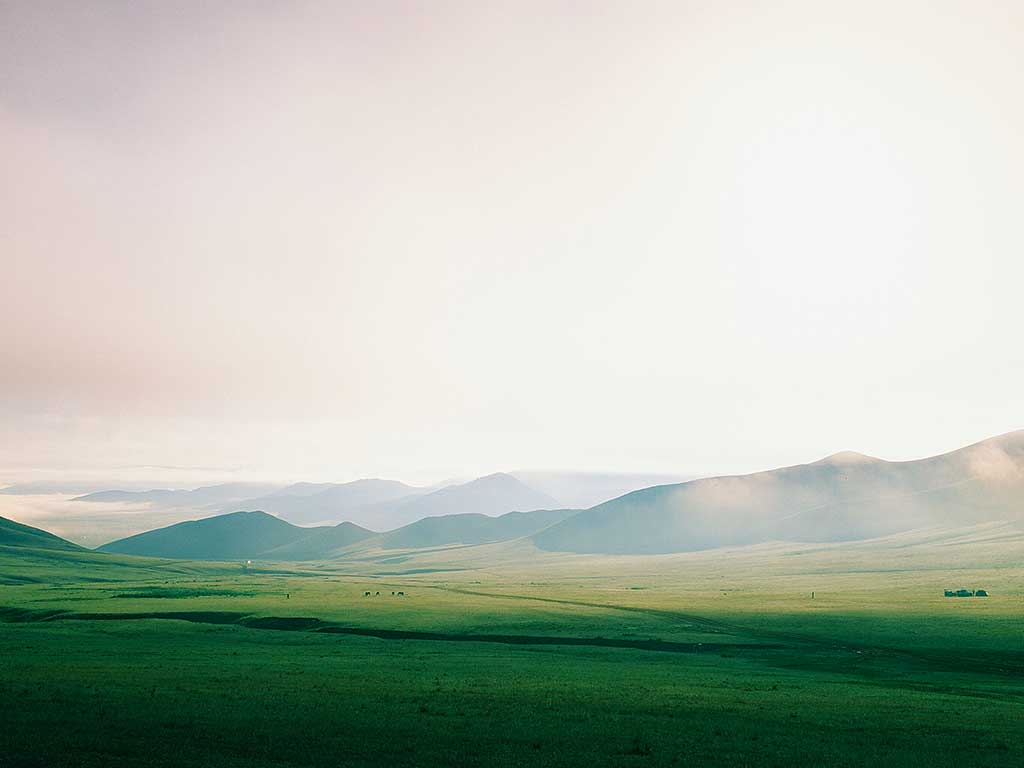 Mongolia remains something of a mystery to the western world. Throughout the 20th century, a strict communist government kept the country closed off from the rest of the world, to the extent that its very name became synonymous with remoteness. Yet in the years since the regime’s collapse, it is the country’s isolation that has captured the interest of tourists worldwide.

For tourists interested in visiting Mongolia – a nation majestically dubbed ‘the land of the eternal blue sky’ – its appeal lies in its awe-inspiring natural features, untouched landscapes and unique nomadic culture.

Twice the size of Texas and home to fewer than three million inhabitants, Mongolia is the least densely populated country on Earth. Its sparse population is scattered over vast grasslands and endless steppes, with many Mongolians living nomadically and migrating with the seasons. With much of its population dotted around the country’s rural regions, digital technologies have struggled to make headway in Mongolian society.

A digital revolution has swept the Earth in the past two decades, with internet users swelling in number from just 2.8 million in 1990 to more than three billion today. However, in spite of this global transformation, Mongolia has remained largely offline: according to the World Bank, just 27 percent of the country’s population uses the internet, with online access almost entirely restricted to its capital city, Ulaanbaatar.

For travellers looking to completely unplug, Mongolia offers the opportunity to indulge in a one-of-a-kind ‘digital detox’

While both the World Bank and the Mongolian Government have been ramping up their efforts to bring the nation into the digital age, the notable absence of technology has fuelled an unusual tourism trend in Mongolia. For travellers looking to completely unplug, the landlocked nation offers them the opportunity to indulge in a one-of-a-kind ‘digital detox’.

Oyungerel Tsedevdamba, Mongolia’s former Minister for Culture, Sports and Tourism, said: “For people who want to switch up their lifestyle from tight deadlines and meticulously planned routines, Mongolia has the power to change their vision of the world. Mongolia is actively developing tourism brands that offer remote nomadic luxury.”

Relax and unplug
The omnipresence of technology means workers and tourists alike are always connected and contactable, even during their long-awaited annual leave. This constant connectivity has been linked to increased levels of stress and reduced productivity at work, while excessive smartphone usage has been linked to insomnia, antisocial behaviour and decreased attention spans. With ever-increasing numbers of tech-weary individuals choosing to put down their devices, digital detox holidays are now on the rise – and for those intrepid travellers intent on escaping technology and reconnecting with the natural world, Mongolia is the perfect place to switch off.

“Mongolian travel companies offer an escape from the city and from technology, yet with good services and activities”, Tsedevdamba told Business Destinations. One such company is the award-winning Three Camel Lodge, which is located in the expansive Gobi Desert, an area that stretches across southern China and northern Mongolia.

Tapping into this ‘back to basics’ tourism trend, the luxury eco-lodge uses its lack of Wi-Fi as a selling point, encouraging holidaymakers to go tech-free during their stay. Away from their devices, adventurous travellers can enjoy guided expeditions into the desert, while specialist massages and gourmet cuisine are available for tourists looking to truly unwind.

Since opening its doors to offline travellers in 2002, the pioneering eco-lodge has inspired a wave of other Mongolian retreats to use their remoteness as an effective marketing tool. From the tranquil shores of Lake Khövsgöl in the country’s far north to the vast emptiness of its picturesque grasslands, luxurious resorts and authentic accommodations have sprung up across Mongolia to welcome tourists during their digital detoxes.

According to Tsedevdamba: “At these destinations, a blend of spontaneity, a close relationship with nature, and open-mindedness offers a liberating experience for tourists.”

Tech tourism
While tech-tired tourists are increasingly drawn to Mongolia as a digital detox location, the country’s limited telecommunications have proved somewhat challenging for its tourism industry. Given that as many as 80 percent of all holidays are now booked online, organising a stay in a remote Mongolian ger (the traditional word for ‘yurt’) must be possible at the click of a button, or the industry’s expansion will quickly come to a halt. In response to this growing demand for instant-book getaways, enterprising Mongolians have slowly begun joining up to online services like Airbnb.

Despite patchy internet connections, rural farmers are using communal Wi-Fi hubs to set up their own profiles on the room-letting network, offering their traditional family homes as alternative accommodations for adventurous tourists. The unusual homestays give tourists the opportunity to fully experience Mongolia’s famed nomadic culture, as host families act as unofficial tour guides, cooking traditional dishes for their guests and even offering horseback riding for the more intrepid traveller.

While such authentic accommodations have been available through tour operators for some years now, the birth of homestay networks has enabled rural families to reach out to tourists of their own accord, organising visits that suit their lives and schedules.

Tsedevdamba said of the growing trend: “Mongolia is a scattered country with a scattered population. Websites such as Airbnb not only help our people to locate tourists, but also help tourists to more effectively plan their trip and find a unique place to stay in Mongolia.” Although these might be early days for Airbnb in Mongolia, the site has proved popular among nomads looking to share their cultural heritage and generate some additional income.

A search for Mongolian homestays on the Airbnb website leads tourists to a page entitled ‘top 20 yurts for rent’, while more in-depth browsing reveals an abundance of traditional homes on offer from a number of welcoming hosts. But despite this wealth of options, Airbnb’s map function shows these traditional homestays tend to be dotted around the rural fringes of the capital, Ulaanbaatar, where Wi-Fi is most readily available.

This digital trend, however, may soon spread way beyond the capital city, as the Communications Regulatory Commission of Mongolia has now approved the nationwide introduction of 4G mobile internet technology. Given Mongolia’s surprisingly prolific mobile phone usage, with over 2.9 million devices in use, the arrival of high-speed mobile telecommunications will finally bring the nation’s rural regions online.

Tsedevdamba said: “Technology will enrich tourism in Mongolia. Yet while tourism grows, thanks to increased openness, accessibility and technology, Mongolia’s core attraction – nomadic culture – will remain.”

As technological advances begin to bring Mongolia into the digital age, nomadic farmers are increasingly able to use peer-to-peer websites to offer foreigners a new kind of cultural tourism. Off-the-grid holidays in rural Mongolia give travellers the chance to shun the tourist traps of traditional package deals, while the rise of new technology allows adventurous travellers the chance to connect with a welcoming host family, while providing Mongolians with a chance to bolster their incomes. By enabling Mongolia to become a real tourist destination for the first time in its history, this digital trend benefits individual travellers, while also boosting the country’s economy.

As foreign interest in the nation picks up, Mongolia has even been tipped to emerge as the next highly developed Asian Tiger economy. Yet even as technology opens the nation up to the world, its greatest appeal still lies in its majestic and mysterious remoteness. Ironically, in the Mongolian grasslands, tech is now fuelling tech-free tourism.