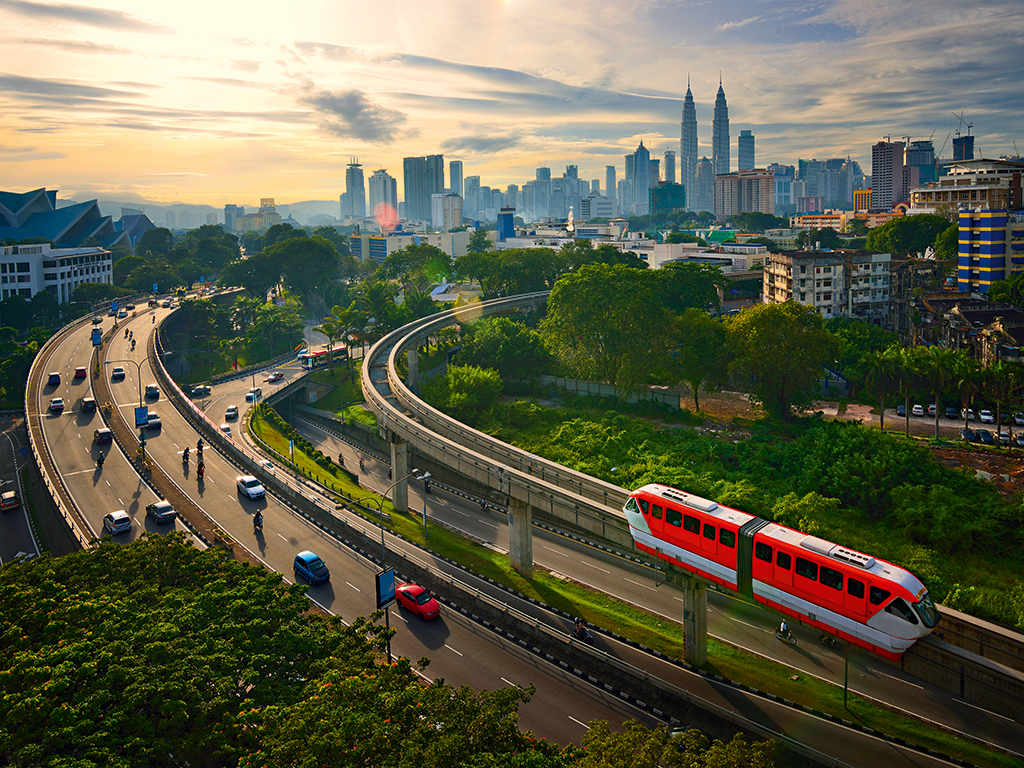 Kuala Lumpur, Malaysia. After a series of unfortunate events, the country's tourism sector became very volatile. But with some careful planning policy-makers have been able to boost it substantially

In March this year, Malaysia-based carrier Flymojo signed a $1.5bn order for 20 new CS100 Bombardier aircrafts. In doing so, it made its ambitions clear: to capitalise on a much-changed climate wherein – despite a trio of recent air disasters – tourism is still thriving.

Prior even to the first air disaster last March, the national tourism ministry attached the ‘Visit Malaysia Year’ tag to the country, in the hope that turmoil in Thailand might turn tourists onto Malaysia as an attractive alternative and relative safe haven. With hundreds of festivals scheduled and a proboscis monkey mascot to cap things off, the strategy was abruptly knocked off-course when a plane containing 239 people went missing over the Indian Ocean. The scheme was then obliterated entirely by two additional air disasters. Add into the mix a number of kidnappings in Malaysia’s Sabah state in Borneo, and – in the space of only nine months – Malaysia had muddied its reputation as an idyllic and safe holiday destination. Calling the situation a “crisis”, Mirza Mohammad Taiyab, Director General of Tourism Malaysia, acknowledged that the situation had taken a heavy toll on the country’s tourism complexion, and prepped for stormy seas ahead.

However, Taiyab also told Business Destinations that “the overall impact of last year’s air disasters to the tourism industry was minimal, with only China as a market showing an obvious decline”. And, as demonstrated by Flymojo’s March-time spending spree, the ‘crisis’ has far from crippled the industry’s potential, with some sources going so far as to assert that the air disasters might have handed Malaysia the exposure it so desperately needs. “The coverage from the aviation incidents had certainly put the spotlight on Malaysia and we did anticipate a negative perception for travel and flying in general. However, we also received great support and empathy from our industry partners whose confidence and compassion carried us through”, Taiyab said.

A changed stance
Aiming first to focus on Chinese holidaymakers and thereby reach the 28 million inbound tourist mark, Malaysia reconfigured its tourism strategy soon after the tragedies in order to compensate for a waning Chinese appetite. Following a stellar 2013, in which Chinese arrivals for the year came close to two million, or seven percent of the total, the MH370 disappearance saw arrival numbers in April slip 20 percent on the month previous. Add to that a tendency among Chinese tourists to favour North Asian markets ahead of those in Southeast Asia, and it soon became apparent that Malaysia’s tourism board was targeting the wrong crowd.

Therefore, rather than look to China for impetus, Malaysia turned to neighbouring Southeast Asian nations, where the majority of its arrivals have long originated and continue to do so to this day. However, the international attention tied to the airline disasters also brought with it guests from Western nations – with the country’s failings spattered across the front pages and travellers growing increasingly conscious about their safety, Malaysia’s airlines slashed prices and the government doubled down on lifting the country’s entry barriers. As a result, where many predicted that the tragedies would handicap tourism, it appears that the attention has injected fresh stimulus into an already-thriving industry.

“The bad publicity has made Malaysia more well known to the world”, Jaya Kumar Sannadurai, Vice President at Dayangti Transport and Tours, said in an interview with Mashable. And while the cumulative effect of the tragedies is (relatively speaking) small, the resulting coverage “is an advantage to us in some ways”. Despite the coverage having spooked a fair few, the focus on Malaysia, whether positive or not, has alerted others to the country’s rich tourism potential.

Looking at the figures, arrivals clocked in at around 27.4 million last year, up 6.7 percent on the year previous – and though the number of Chinese tourists has fallen significantly (9.9 percent overall), the news for the tourism market as a whole is overwhelmingly positive. Fresh from a string of disasters that could well have crippled any other market, the healthy figures are testament to the country’s ability to switch up its strategy and accommodate for a changed marketplace.

India rising
Where the country has really succeeded, however, is in choosing to knock on India’s door in place of China’s. As such, praise for the uptick should lie in the laps of those responsible for the swift strategy change. Looking at last year’s performance once again, the number of Indian tourists was 21 percent greater than in 2013, and where Chinese tourists have chosen largely to avoid Malaysia, those from India are arriving in their droves. “We are naturally focusing on India as the demand potential for travel from that market is very strong”, said Taiyab. “The World Travel and Tourism Council (WTTC) reports that India will be the third fastest generator of travel and tourism traffic from 2010 to 2019 with an annualised growth of 8.2 percent. For India, we are positioning Malaysia as a great family destination for leisure, business and weddings and honeymoons.”

To bolster the numbers flocking in from India, Malaysia also plans to waive the visa fee for Indian tourists. As the country strives to reach its target of 29.4 million arrivals in 2015 – something helped in part by Malaysia’s Year of Festivals, which is not too dissimilar to last year’s planned Visit Malaysia Year – choosing to waive Indian visa fees means that Malaysia’s fifth largest source of tourism joins countries such as China, South Korea and Japan, who already enjoy the privilege. And with a planned increase in weekly flights already in the pipeline and a multi-million dollar promotional campaign prepped to go, Malaysia is on course to squeeze every last drop out of a country that is ripe for expansion.

Keeping hopes high
True, the trio of air tragedies quashed any hopes of a real landmark year for tourism – but optimism is running high for the coming year, as Malaysia banks on an Indian expansion and the return of Chinese tourists for a pick-me-up. With authorities choosing to waive visa fees less than a year on from when the Beijing-bound MH370 first disappeared, the tourists who were dissuaded by the crises of last year will perhaps begin to reconsider – or so the country hopes.

Using the Year of Festivals programme as a platform, those in the tourism industry are looking to build on the perception of Malaysia as more than merely a scenic place to visit, and bring visitors to more carefully consider its multicultural heritage. “Malaysia is an exotic land of diversity and culture”, says the country’s Prime Minister, Najib Razak, on the Year of Festivals website. “It is here that Asia truly comes alive. We have in place a strategic thrust to grow local and international tourism franchises that open up prospects for tourists and tourism partners alike. Above all, we are building a tourism infrastructure that celebrates the Malaysian warmth and hospitality, treating every visitor as guests in our own home with open arms and the best of care.”

Clearly the country’s ambitions for the coming year and beyond, in terms of tourism, are grand. Nonetheless, the turnaround in 2014 has instilled a great deal of confidence that Malaysia can regain lost custom and cement a stable reputation as one of the strongest tourism destinations of the moment.