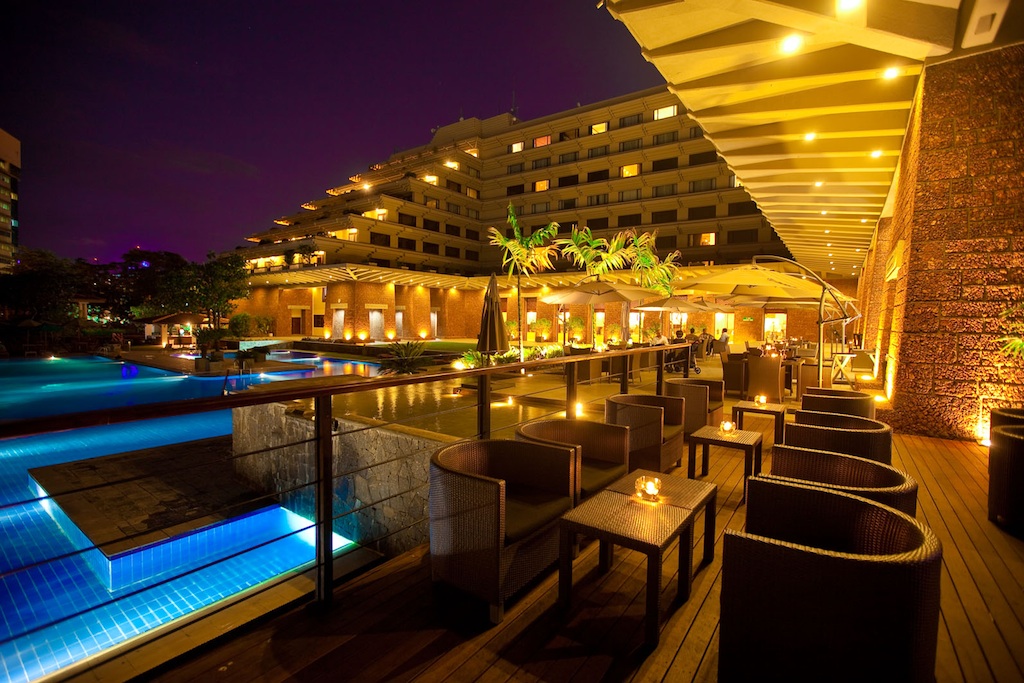 Cinnamon Lakeside Colombo was recognised as the ‘Best Five Star City Hotel’ at the Sri Lanka Tourism Awards; the country’s premier award ceremony. Originally constructed in 1985, the hotel has just been through a complete transformation, maintaining the best of the old while incorporating the finest in modern design and conveniences.

Service with a smile
The property has always been known for its exceptionally warm hospitality – a mark of genuine Sri Lankan-style service. The hotel may have been completely renovated, but the warmth of the Cinnamon Lakeside Colombo staff seems to be carved into its foundation.
Executive room guests are greeted at the door by charming guest relations personnel dressed in vibrant saris and bright smiles that are typically Sri Lankan. They are then escorted directly to their rooms, where they are checked-in in less than three minutes using wireless tablet PCs and portable credit card machines. The rooms are comfortable and spacious, the largest available in the city, and all 346 have been completely renovated. A fully personalised experience is offered to guests, right down to being able to select their choice of pillows from a menu.

Brand new rooms
Twenty well-appointed suites open out onto roomy, private and landscaped balconies – the only ones of their kind in the city. The Presidential Suite has captivated its share of celebrities and heads of state too, with its spacious living rooms complete with a grand piano, luxurious bedrooms, private jacuzzi, and sprawling terrace. The view of the lake from here leaves no question as to why it has been selected for many special occasions – including the venue where an international celebrity chose to propose to his girlfriend just last year.

The Executive Club Lounge, open exclusively to Executive Floor guests, boasts an extended open-air terraced balcony where guests can start the day with breakfast and a quiet run through of the day’s work undisturbed, with only the chirp of the sea gulls and birds to break the silence. A sumptuous American breakfast awaits, while a butler service and evening cocktails are included in the package.

Holiday or business
Cinnamon Lakeside Colombo is built on the premise that every guest, be they on business or on holiday, deserves a relaxing experience.  Even the busiest business travellers will benefit from arriving at their meetings fresh and rested whilst staying at this haven within the city. The calming ambience is built into the physical layout of the building as well as the DNA of the associates. The typical front office counter usually found in business hotels has been completely revamped, and in its place are reception desks with friendly and approachable front office members of staff.

Tradition meets the contemporary
The hotel’s décor incorporates local elements represented in characteristic earthy and warm tones. The reception is adorned by a wall of neatly interlaced coconut shells and the lobby is decked in a mottled Italian marble. The building itself was built using a traditional form of stone called ‘kabuk’, which has a cooling effect on the hotel whilst adding to its character. The structure of the hotel was revolutionary in its design over 27 years ago, when horizontal fins were included at each level. This not only complements the building, but reduces heat entering the rooms by up to 35 percent so that guests are always comfortable.

As one enters the hotel it is difficult not to be taken in by the beauty of its natural setting.  Large glass panels in the lobby provide a direct view of the Beira Lake, which can be a stunning relief from a busy city. The lobby leads to the Terrace where guests at this tropical isle are greeted by a sparkling infinity pool followed by the enchantingly serene lake beyond.

Authentic international cuisine
Culinary options abound at Cinnamon Lakeside Colombo, with a 24-hour restaurant serving international cuisine alongside specialty Thai and Chinese restaurants Royal Thai and Long Feng – both patronised religiously by regulars. There’s also a sushi bar, delicatessen and ‘The Library’ – an exclusive night club and lounge which complements its name in both design a function – with an extensive range of literature on offer. A quiet meeting place by day, by night it transforms into a vibrant club. The lobby lounge also hosts a daily high tea which takes diners back to the country’s colonial days as a pianist provides ambient music.

Perhaps the most trendy night spot in town is the hotel’s spectacular al fresco-style bar and restaurant, ‘7 Degrees North’, which serves tapas and Mediterranean cuisine against the breathtaking view of the lake and enormous crystal-blue swimming pool. Here, a live band completes the atmosphere with music to suit the mood of the day. Interestingly, the restaurant is named after its very location, which is seven degrees north of the equator.

Just around the corner, the upper terrace provides an outdoor dining space where patrons are allowed to order from whichever menu takes their fancy. The stewards understand that groups of diners may have varied tastes, and there is no reason everybody cannot be pleased.

Trendsetting throughout
The Cinnamon chain of hotels and resorts is driven by its owning company John Keells Holdings’ vision for its leisure sector to always be the hospitality trendsetter. In line with this vision the hotel is known for its many innovative programmes.

Sri Lanka’s first and only purpose-built floating restaurant was launched by Cinnamon Lakeside Colombo as a natural extension to its lakeside setting. The vessel, which comprises an open upper and air-conditioned lower deck, cruises along the Beira Lake creating a unique experience rarely found at a city hotel.  It is available for private events and much to the delight of diners, now hosts a champagne brunch every Sunday.

In keeping with the spirit of innovation, Cinnamon Lakeside Colombo is the only large-scale hotel in South East Asia where guests are spared the unsightly view of cleaning trolleys obstructing the corridors. Instead, every room is serviced using elegant baskets to carry amenities and supplies.

Green-blooded
Guests at Cinnamon Lakeside Colombo are encouraged to participate in the hotel’s sustainability drive. Cinnamon Lakeside is the first Colombo hotel to be Green Globe certified and currently the only one to be recertified for a second year, with the certification currently in its third year running. Tourism in Sri Lanka is just entering the international scene with Cinnamon Lakeside Colombo at the forefront. Trailblazing ahead, the hotel is setting the standard for hospitality in a country that is just reclaiming its reputation for being called ‘Paradise Isle.’