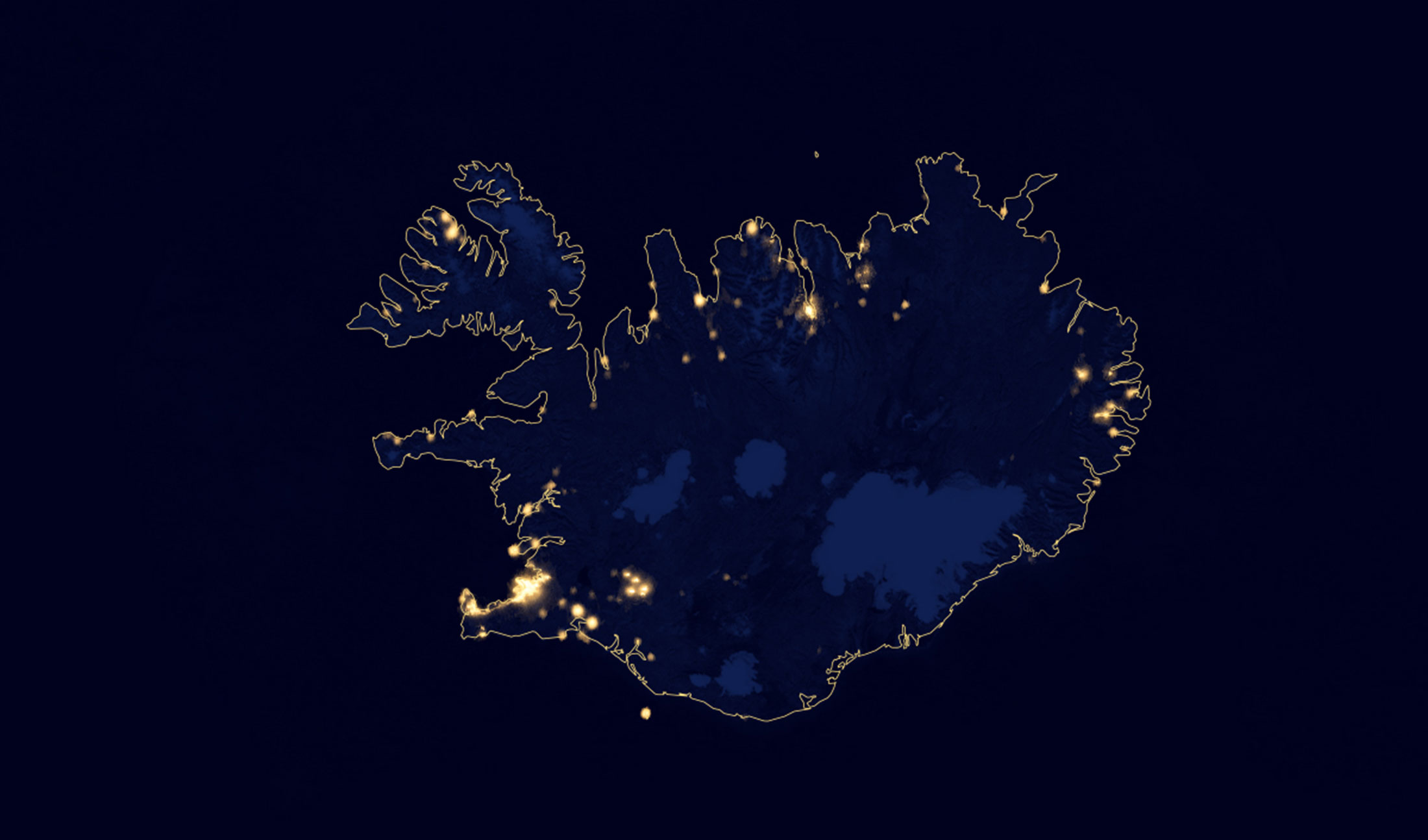 A satellite image of Iceland captured by NASA. The bright spot on the southwest edge of the land mass is Reykjavik, home to a population of 120,000 people – a third of the country’s total

Humans are wasteful creatures. The mere fact that governments, businesses and media establishments refer to their citizens, customers and target audience as ‘consumers’ says a lot about how human beings relate to the world around them – particularly with regards to how they interact with the goods and services that they choose to buy and sell.

Excessive consumption is the norm in society. It is one of the easiest ways of identifying an individual’s position within it. This is also true of nation states, where in the modern economy – where everything is predicated on perpetual growth – countries keep score through the incremental upticks in annual GDP, with the highest among them proudly possessing a population that has the greatest ability to consume and spend.

The only problem with this perpetual growth model is that at some point, demand exceeds production. Cheap, abundant fossil fuels, which act as a storage facility for 650 million year old sunlight, have had a huge impact on our energy consumption habits – and, as the Intergovernmental Panel on Climate Change (IPCC) has confirmed, a rather adverse effect on the environment. Jacqueline McGlade, chief scientist at the United Nations Environment Programme (UNEP) sent a clear message to the international community when she said that the IPCC had provided conclusive scientific evidence that human activities are causing unprecedented changes in the Earth’s climate. “[It] is time to take immediate and robust action to mitigate the impacts of climate change against the risks of a greater than two degrees C temperature rise,” said McGlade. “For those who want to focus on the scientific question marks, that is their right to do so, but today, we need to focus on the fundamentals and on actions.”

Excessive consumption
Wastefulness is a by-product of excess. Those with access to the most resources are therefore, by definition, able to consume the most. The logical conclusion to reach would be that countries with the largest economies and, consequently, the greatest purchasing power would be leading the way in reducing energy consumption – but that is not the case.

Remarkably, when the World Bank published its data on electric energy consumption, it was not the United States that made it to the top of their rankings – instead, the top spots all went to Nordic countries (Iceland, Norway, Finland and Sweden). Iceland managed to come out on top; a country with such a small population that an anti-incest app has been released in order to stop citizens from accidentally falling in love with their relatives. Icelanders consume on average 52,374kW hours of electric energy each year, while their cousins are left far behind, with the Norwegians, Finns and Swedes responsible for 23,174, 15,738, and 14,030kW hours respectively. There are a number of factors that help contribute to Icelanders being at the top of the table: according to a report conducted by NASA’s Earth Observatory, the high levels of energy consumption are the result of Iceland being home to a number of power-hungry industrial sectors. For example, the country bears three very large aluminium-smelting plants, which use more than five times as much power as all of the country’s 325,000 citizens combined.

Renewable alternatives
It is important to point out that, despite the staggeringly high rates of consumption, the majority of Iceland’s power comes from renewable energy sources – meaning that minimal amounts of harmful greenhouse gases are emitted into the atmosphere. Askja Energy, the independent Icelandic energy portal, states that hydro and geothermal resources supply almost 100 percent of the country’s consumption of electricity and approximately 85 percent of its total consumption of primary energy. That is simply staggering – and while admittedly not all countries benefit from being situated on a landmass with such an abundance of naturally occurring hydrothermal activity, it goes to show what is achievable when a concerted effort is made to pursue renewable alternatives.

[Reykjavik] is an absolute feat of engineering, being able to meet nearly all of its energy needs through the use of renewable methods alone

As the satellite image captured by NASA (pictured above) shows, Iceland’s capital city Reykjavik is truly a shining example to other countries around the globe; demonstrating the full power and potential of fossil fuel alternatives. The bright spot on the southwest edge of the land mass is Reykjavik, home to a population of 120,000 people – a third of the country’s total.

The city is an absolute feat of engineering, being able to meet nearly all of its energy needs through the use of renewable methods alone. It is a hub for geothermal technology and is where scientists the world over goes to learn from the best in the field of renewable research and development. Its success in the field has benefited the city considerably – and not just in its ability to keep peoples’ lights on or houses heated during the course of its long winter months, during which citizens can receive only 4 hours of sunlight per day: geothermal and hydroelectric power have also played a major role in the country’s resilience and steady recovery from the global financial crisis, helping to take a large amount of strain off the shoulders of its residents.

Amid Scotland’s flirtations with independence, the UK had begun talks with the Icelandic government about a particularly ambitious project. The proposal, instigated by Icelandic state-owned utility company Landsvirkjun, involved the installation of a $2.1bn underwater power cable that would supply the energy needs of the UK. While the plan is still being hashed out and may never fully materialise due to a number of socio-economic implications, if followed through it would secure Iceland’s economic recovery, as well as the UK’s energy needs.

While it must be conceded that geothermal energy on the scale of Iceland’s is not possible everywhere, with less than 10 percent of the Earth’s land mass capable of reproducing the results offered in Iceland, the Nordic country and its capital city stand as a bastion to all naysayers that belittle the potential of green alternatives.