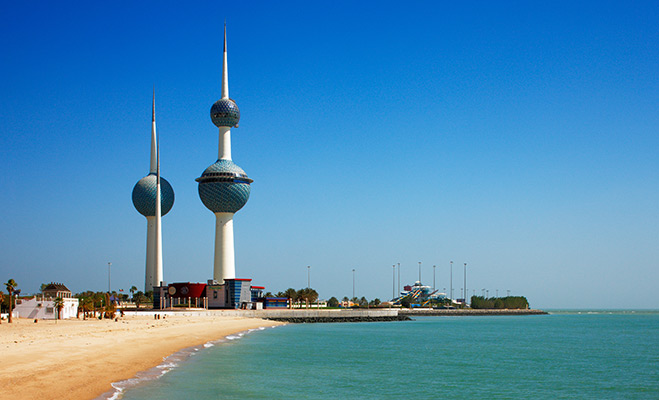 Despite its size, the gulf nation of Kuwait punches well above its weight. This is largely due to its vast oil wealth; the country has crude oil reserves of about 104 billion barrels – seven percent of the world’s total. It is little surprise then that petroleum makes up nearly half of its $153.5bn GDP and accounts for some 95 percent of government revenue. In 2011, GDP growth was a strong 8.2 percent and the IMF estimates that growth will average five percent per annum over the coming years.

Kuwait is eager to diversify its economy away from potential over-reliance on petroleum. A triple shock in the 1980s and early 90s – the global stock market crash, falling oil prices and an Iraqi invasion that destroyed important hydrocarbon infrastructure – exposed the dangers of dependence on a single commodity. The country also has little arable land suitable for farming and suffers from a lack of water.

Time to diversify
While most of the damage from the First Gulf War has been repaired and high oil prices have boosted government coffers, Kuwait has instituted a National Development Plan (NDP) for its economy, making diversification a key priority. The NDP is a series of five-year plans and the current edition (2010-14) focuses on investment in infrastructure projects, such as a $3.66bn expansion of Kuwait International Airport, a new shipping port on Bubiyan Island and vast improvements to its transportation network to tighten links with other Gulf Cooperation Council countries.

Kuwait has favourable tax rates, with individuals and Kuwaiti companies exempt from taxation. Foreign corporations conducting commercial activities in Kuwait are subject to income tax though, and a progressive rate is applied, ranging from five to 55 percent. In general, companies with a permanent presence in the country must be at least 51 percent owned by Kuwaitis. The state is currently ranked as 82nd in the World Bank’s ‘Ease of Doing Business’ rankings.

The country has a unique democratic tradition among Gulf States. Its unicameral National Assembly features 50 representatives – out of a possible total of 65 – elected by universal adult suffrage. But the Emir retains the power to appoint the prime minister, who in turn forms a cabinet. Repeated clashes between the Assembly and the Emir have been a hallmark of Kuwaiti politics for years and parliament is often dissolved as a result. Recent opposition protests and violence have marred the country’s free traditions but it appears that Kuwaitis still maintain higher levels of civil liberties than many countries in the region.

Break from business
While Kuwait is mostly known for business travel, there are a variety of attractions for visitors during down time. The architecturally unique Kuwait Towers are one of the most famous landmarks in the country and a symbol of its modernisation. A revolving observation area and a restaurant offering guests a unique daily menu are located in the top sphere of the biggest tower.

Situated 20km from Kuwait City, Failaka Island is another popular tourist haunt. The island is the site of a Greek settlement from the time of Alexander the Great, but more recently hosts fishing, boating, sailing and swimming. Nautical enthusiasts will want to visit the Dhow Harbour and its collection of old sailing ships used in the past for coastal trading, fishing and pearl diving. Visitors to the harbour have the opportunity to board the Fateh-el-Kheir, the country’s largest surviving wooden dhow.