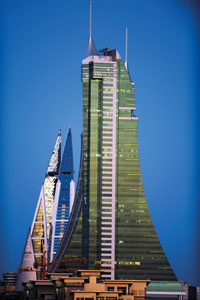 BECA was founded in 2006 and functions under the Ministry of Industry and Commerce. Its goal is to establish Bahrain in the international meetings arena and to promote Bahrain as a unique and preferred MICE destination. BECA has been very successful in challenging the expectations of visitors to Bahrain and ensuring that the Kingdom is the forerunning list of meeting planners not just in the Middle East but from around the world. BECA is the forerunner organisation in creating Bahrain’s MICE market and in cultivating partnerships with key MICE industry stakeholders in order to develop this business sector for Bahrain. BECA operates the Bahrain International Exhibition and Convention Centre. Currently, BECA organises two major exhibitions every year – the annual Food and Hospitality Expo and Health and Wellness Expo. Both have doubled in size since their conception. BECA has also built several initiatives which have greatly contributed towards the development of the MICE market in Bahrain. One of these is Team Bahrain which was launched three years ago and is a specially chosen group of more than 40 representatives from the travel, tourism, hospitality and MICE sectors. At the Team Bahrain workshops, delegates get the opportunity to attend a presentation and participate in group discussions and debates on how to increase MICE business into Bahrain and how they can work together as industry colleagues.

A destination for the active contemporary business traveller
Bahrain’s location in the Gulf makes it one of the hub airports for many international airlines so it’s an easy flight from Europe, Asia and even the US. Gulf Air is the official carrier for events and partner of BECA in boosting Bahrain’s position as a leading destination for corporate meetings, incentive travel, conferences and exhibitions. Bahrain’s International airport is actually located just ten minutes from central Manama and its plethora of hotels, restaurants and shopping malls, making it easy for a first time visitor. All the hotels are just 5 -10 minutes drive from the major exhibition and meeting venues, so there’s no valuable time wasted in travelling to and from venues.

Bahrain’s must-see attractions
Of course the Formula One track is the most famous attraction in Bahrain and it’s a fantastic day out. However, Bahrain also has a rich history and you can see this in the several museums and forts dotted around the island. The National Museum’s collection of historical artifacts and relics as well as the work of local artists are truly enriching, educational and interesting. The Arad Fort is a beautiful historical place to visit. The island’s pearling heritage and some of the conservation projects around the island such as Muharraq are well worth visiting. In 2012, the National Theatre which is sponsored by His Majesty King Hamad bin Isa Al Khalifa will be opened. Then, of course the famous souk – Bab Al Bahrain – which has some of the best products on offer for great value should not be missed.

The impact of F1 on business in Bahrain
The Bahrain International Circuit (BIC) in Sakhir City, home to Formula One races, had earned the reputation of hosting one of the best organised and entertaining events in the FIA Formula One World Championship calendar. F1 has put Bahrain on the international map and impacted Bahrain’s economy in a very significant and positive way. It brings with it an incredible amount of travel and tourism business for Bahrain specifically airlines, hotels, restaurants and other venues as well as many employment opportunities during the race and then throughout the year.

Initiatives to enhance Bahrain’s tourism industry
Bahrain’s Ministry of Tourism and Culture is entering into more partnerships with the tourism sector to enhance the attractions for overseas visitors. For example, the very successful annual summer festival was held with different events all over Bahrain. The theme of this endeavor was to focus on the value of “giving joy, happiness, and hope” to the Kingdom. There are several similar projects and investment plans in place which are aimed to boost both the heritage and the tourism sector. Bahrain also holds the Spring of Culture every year which has developed in number. The most exciting development is that Bahrain has been announced as the Capital of Culture 2012 (within the Gulf Cooperative Council) which is also expected to positively impact the tourism sector without doubt. Bahrain’s tourism industry really has an exciting future.

Key developments for conference and exhibition space
A new expo city is planned for development at Sakhir City near the BIC. This will meet the future demand for meeting and exhibition space in Bahrain and will help promote the kingdom’s reputation as a destination of choice. The estimated cost for the Phase 1 is US$ 385 million and will be completed 2015. Bahrain’s Economic Vision 2030 has also played a large part in the planned developments for the new exhibition center as the government wants Bahrain to be seen as a key leisure, tourism and business destination in the Gulf. Bahrain already has a healthy and a diverse economy and is looking forward to the future with big plans.

Meetings friendly Bahrain
Generally speaking , Bahrain is a meetings-friendly country due to its size. It is a small island Kingdom and getting around is easy and low-cost compared to other GCC destinations. Whether organising a small corporate meeting or an annual exhibition, navigating around the island is not difficult or expensive and nothing is far away in terms of restaurants, recreational, entertainment & retail options as well as venues. Bahrain has more than 30 years of experience in the hospitality industry which makes the country very knowledgeable and flexible when it comes to the delegates’ needs and requests.