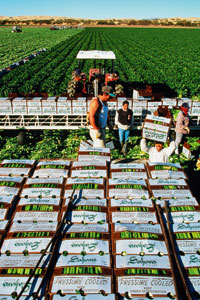 According to the World Bank, Mexico ranks worldwide as the 13th largest economy in nominal terms and 11th by purchasing power. Despite its vast size – its close to two million square kilometres make Mexico about eight times larger than the entire UK – Mexico is a highly urbanised country, with more than 76 percent of the population living in urban areas. Some estimates suggest that the population of Mexico City and its environs is around 22 million, which would make it the largest concentration of population in the Western hemisphere.

Mexico’s annual GDP is currently running at about $1.231trn. The rate of growth is promising at around 5.5 percent annually, at a time when many Western countries are not achieving any growth at all, or are in fact contracting. The economic growth rate suggests that Mexico still has plenty of economic slack to be taken up, which can only be encouraging to foreigners interested in doing business there.

The annual average Mexican GDP per capita is running at around $10,000 – implying that a substantial proportion of Mexicans (about one in three) live in poverty, while about 10 percent of the population live in extreme poverty.  Sector-wise, around 3.9 percent of the GDP is generated by agriculture, 32.6 percent by industry and the remainder by services.

Exports amounted to about $298.5bn in 2010. The most important export goods for Mexico are automobiles, electronics, televisions, computers, mobile phones, LCD displays, oil and oil products, silver, fruits, vegetables, coffee and cotton. Mexico is a major non-OPEC oil producer, and is the third-largest supplier of foreign oil to the US.

Personality counts
‘The Spanish race, sir, is prolific of remarkable characters in every rank of life,’ asserts the retired English merchant Captain Mitchell in Joseph Conrad’s Nostromo (1904). Anyone seeking to make the most of business opportunities in the enormous, colourful and rapidly changing nation needs to be as receptive to personality as to potential profits.

The Mexican business world is intensely personal; businesses frequently tend to feature members of the same family not so much for reasons of nepotism but because families feel they can trust other family members.

Not all Mexican businesspeople necessarily trust foreign would-be suppliers or partners in the early stages; what is certain is that this is an economy where personal relationships are vital. Indeed, the nature of the personal relationship may be more likely to determine the direction of a business decision than the more advantageous business deal or even the better-quality product or service.

It’s also important to note that in Mexico, showing respect for a person, and the practical sensitivity of making a rapid and informed assessment of how the person’s authority and/or status could be affected by a particular course of action, is essential to the successful forging of business relationships. Mexicans tend to view politics in highly personal terms, too. Revolutionaries such as Emiliano Zapata, Pancho Villa and Francisco Madero are still legendary figures.

The man at the top
Current president Felipe Calderon was born in 1962 and has held office since December 1 2006. He was elected for a single six-year term through 2012, has managed to secure himself a wide base of support and is admired for the decisiveness of his personality as much as for his tangible achievements. These are regarded as including the creation of the most universities (96 so far) by any president of Mexico. He is also credited with being the first Mexican president to ensure that every Mexican child between the ages of six to 11 gets a place at an elementary school.

More than 1,000 hospitals have been built since Calderon began his term of office, and around 2,000 hospitals have been rebuilt or extended. Calderon and his government is also credited with more than doubling (to 100 million) the number of Mexicans who have access to the healthcare system, compared with about 40 million under his predecessor Vicente Fox.

In addition, Calderon and his government have been praised for creating more than 16,500 kilometres of interstate highways, and for taking a decisive stance on Mexico’s drug cartels, including sending in the military to try to put down the cartels and to stem the worrying tide of violence among rival drug groups competing for territories.

The office of the Mexican president is considered to be a revolutionary office, in that the office is an inheritance of the Mexican Revolution and that the president’s powers are derived from the Revolutionary Constitution of 1917. The term of office of a Mexican president is strictly limited to one six-year term and is known as the sexenio. No person who has held the office, even in a caretaker capacity, is allowed to run again.

Mexico’s chairmanship of the G20
These are especially exciting times for Calderon and Mexico economically. In December, Mexico began a one-year term of chairing – and so in effect leading – the Group of 20 economic heavyweight nations.

This naturally involves Calderon playing a key role in supervising efforts to help financially stricken developed nations receive more help from the IMF. Commentators expect that these steps may now, under Mexico’s leadership of the G20, result in demands from emerging market nations to have more say in the administration of the IMF.

There is general agreement among economic commentators who specialise in Mexico that there is an impetus in the Mexican economy to make it less dependent on the US market. Mexico’s overseas trade regime is currently based around 13 trade agreements with a total of 44 countries, including the US, Canada, and the EU. The country still relies heavily on supplying the US market (with which it has, after all, a border of 1,969 miles) but Mexico is also seeking to diversify its export destinations. Eighty percent of Mexico’s exports went to the US in 2010, down from a high of nearly 90 percent in 2001.

The EU is currently the second most important trading partner after the US. Trade between Mexico and the EU continues to increase. In 2009, the last year for which reliable comparisons are available, the EU imported €9.9bn of goods from Mexico, and exported €15.9bn of goods to Mexico.

What’s certain is that Mexico is a land of phenomenal potential for businesspeople eager to explore the potential of the market and with business propositions that Mexicans may find interesting. People who have done business successfully in Mexico emphasise the importance of gaining some understanding of the nation if one wants to maximise one’s chances of enjoying business success there. Culturally, Mexico is a mixture of native American, Spanish and North American influences, with lots of regional variations.

The nation is culturally something of a melting-pot, with descendants of native Aztec, Maya and Toltec civilisations mingling with Spanish influences. Business people who take the trouble to get to know the country through travel, by getting to know local people outside the comfort of large international hotels, may find themselves at a significant advantage when it comes to working there.

Language is also regarded as important for making progress within the Mexican business community. Mexicans appreciate efforts made to learn Spanish, and it should not always be assumed that every potential customer will necessarily understand English. For the determined businessperson seeking new business markets, Mexico can offer much potential, especially at this time when Mexico is consciously aiming to increase trade with the EU and other South American countries.