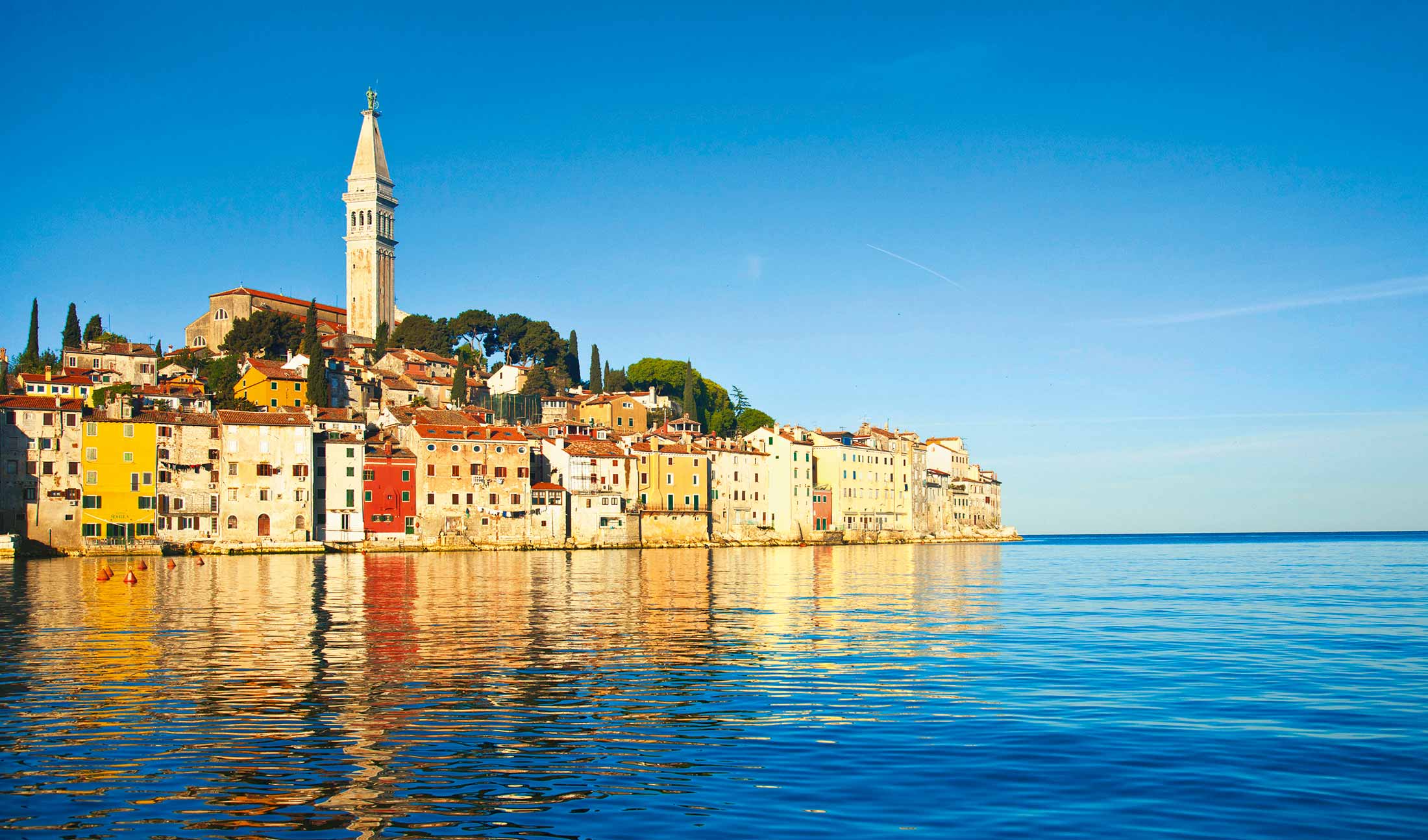 News of Croatia’s planned entry into the EU was greeted with subdued celebrations. Across the country there is a tangible split between the anxious and the optimistic. January saw 66 percent of voters ticking the ‘yes’ box, but with only 43 percent of the electorate turning out, theregistered approval represents a mere third of the Balkan nation.

The circumstances were dubbed “not great, but legal” by Prime Minister Zoran Milanović. The ‘no’ camp disagrees. They believe the referendum was entirely misrepresentative. “This result is against the interests of the Croatian people,” claims Željko Sačić, war veteran and leading Euro-sceptic. “This is the end of Croatia’s freedom. The EU is falling apart and the Croatian man will be worse off than today.” Amid protests against the so-called oppression of joining the federation, Croatia’s slowing economy demands change to revive employment figures and growth.

A Brussels correspondent for a number of Croatian newspapers, Sabalić, claimed the prevailing feeling surrounding EU membership is one of fear. Croatia’s decision to again join a union of nations bears little semblance to a recent history of independence – following the breakup of Yugoslavia – and, as such, has incited massive public anxiety. Sabalić otherwise maintains that the vast majority of Croats see themselves as part of Europe already, having looked west, not east, in prior times of struggle.

Croatian economics
The nation’s economy is largely service-based, with the tertiary sector comprising 70 percent of the region’s GDP. This originally stood at 335.5bn Croatian kuna in 2010, but has since contracted steadily at a yearly average of 1.4 percent. Croatia’s industrial sector contributes over 7.6bn kuna in exports annually. Much of this is dominated by shipbuilding, accounting for approximately ten percent of exported goods, with both food processing and the chemical industry a significant proportion of the remaining industrial exports. The sector constitutes 25 percent of GDP and 27 percent of total economic output, whereas agriculture counts for six percent of output and – along with forestry and fishing – the remaining five percent of Croatian GDP.

The Croatian agriculture sector primarily subsists of blue water fish, thanks to a recent spike in demand from both Japan and South Korea. The region is a significant producer of organic food, much of which is exported across the EU, with Croatian wines, olive oil and lavender oil ardently sought after.

Croatia is set to receive €450m in funds from the EU in the latter half of 2013, as well as a further €1.1bn in 2014. These sums look to be of vital importance as the nation pushes to develop a better infrastructure and implement further environmental projects. Deputy Premier Branko Grčič said: “Meanwhile, we will do our best to strengthen our capacities and mechanisms for the absorption.”

Broken reforms
In December, Standard and Poor’s (S&P) downgraded Croatia’s sovereign debt credit rating from an assured BB+ to a considerably less attractive BB-. The nation’s newly inherited junk-status is the highest non-investment level, equal to that of Greece and Portugal respectively. The agency further stated that: “The government’s capacity to rebalance the economy toward exports is intrinsically limited.

“The country’s EU accession is a positive development. However, the European environment and the government’s reform inertia are likely to limit the benefits normally expected to arise.” The criticisms have since been supplemented by the EU and IMF; both urged Croatia to focus more on reform, especially regarding privatisation of state assets and liberalisation of labour legislation.

The region is a significant producer of organic food, with Croatian wines, olive oil and lavender oil ardently sought after

Croatian business consultant Vedran Antoljak maintains that Moody’s downgrade in February reflected the government’s apparent unwillingness to pursue broad reform. “There is a lot of talking about real reforms but there have been no changes,” he said. “The downgrade will eventually increase the cost of capital and make it harder to access for most Croatian businesses except perhaps the two biggest, Agrokor and Atlantic Grupa [both food and retail companies].” Whereas most Croatians anticipate big changes upon joining the EU, Antoljak maintains the importance of reform above all else. “I don’t think that membership will change much immediately – the investors who want to be here are here already.”

Having achieved independence by breaking from Yugoslavia, the anticipated neoliberal economic policies – expected to spell a departure from socialism and signal an embracing of free trade and open markets – is yet to be implemented. On the contrary, the ailing nation is heavily de-industrialised, with a severe lack of strategic industry. The circumstances have lead many esteemed analysts to consider a socialist alternative to oppose the current neoliberal stance currently taking the nation from a recession to long-term economic depression.

Slow down
“We believe that the government’s fiscal resolve has weakened, leaving structural budgetary weaknesses, such as high personnel and social expenditures, which together make up just under three-quarters of central government spending, unaddressed.” S&P predict Croatia will remain – as it has since 2009 – in a state of either recession or stagnation until the close of 2013. The region’s economic outlook remains uncertain beyond this, and looks to continue along an all-too-familiar path; GDP has fallen over four consecutive quarters. Croatia’s external debts have surpassed GDP, these circumstances being indebted to a waning industrial production capacity and a progressively shrinking base of public investment.

Adding to economic woes, unemployment is rising. Currently 20.4 percent are out of work, according to the Croatian Bureau of Statistics, not far from the 26 percent of crisis-hit Greece and Spain and a greater figure than those seen in bailed-out Portugal and Ireland.

Mislav Žitko, political analyst for the Centre for Labour Studies, points to the government’s lack of strategy and the near redundancy of the Croatian National Bank in sustaining the crisis. “The CNB was unable to implement timely measures… to protect the most vulnerable segments of the population from the negative effects of credit expansion.” The Croatian economy didn’t grow in 2011, contracted 1.9 percent in 2012, and is expected to plunge a further 0.4 percent in 2013. However, the European Commission has since predicted that these figures will precede “modest growth” through 2014.

With the eurozone’s 2013 expansion forecast at 0.4 percent – and inherent expectancies of Croatia aligning more with the bloc – prominent economists such as Dubravko Radošević (Institute of Economics, Zagreb) argue that radical cuts to spending and a steadfast tendency towards austerity would severely hamper the economy. Radošević suggests a new monetary strategy to target prevailing issues of rising unemployment and investment attractiveness, these being the key factors in returning growth to the
Croatian economy.

Yugoslav retreat
With the split from socialist Yugoslavia two decades ago, Croatia’s accession to the EU will mark a distinct break from an era of nationalism and war, which has characterised the region’s recent past.

Having completed negotiations with Brussels last year, and assuming there are no further matters to complicate proceedings, Croatia looks to become the EU’s 28th member state and the second ex-Yugoslav state to join, after Slovenia in 2004. A notably waning enthusiasm for further expansion throughout the EU is indicative of neighbouring countries (Bosnia, Albania and Serbia) being unlikely candidates for adoption anytime soon.

Many Croats hope for a conversion to the euro and improved access to the bloc’s common market to signal the coming of economic stability in place of steady recession. Though the EU has undergone a comprehensive struggle through much of the financial crisis, Croatia’s willingness to join suggests that the association hasn’t quite lost its appeal. The tourism industry comprises 20 percent of Croatia’s GDP. This sector has experienced promising and consistent spurts of growth, despite a general economic downturn. Croatia last year registered 12.3 million tourists visiting its shores, a five percent rise on 2011 when the industry was valued at €6.61bn. With the nation’s adoption into the EU, tourism is expected to demonstrate similarly promising growth in 2013. “For people from the EU, travel will become easier,” said Meri Matešic´, Director of the Croatian tourist board. “They will not need passports anymore. Croatia will effectively become a domestic market for half a billion people.” Many have compared Croatia to Slovenia — a nation that experienced impressive growth through similar circumstances. Croatia’s capacity for shipbuilding is integral to its present industrial output. Estimated to account for ten percent of overall exports, the nation hopes EU membership will further its prospects in the sector. The restructuring of its heavily subsidised shipyards was integral to Croatia’s acceptance into the EU. As a condition of entry, it has pledged to implement a €1.7bn shipyard restructuring plan by 2022, anticipated to retain 2,500 of the 3,300 workers currently employed. In March of this year, Croatia successfully privatised its largest shipyard, Brodosplit. It is soon expected to finalise the sale of its sole remaining state-owned shipyard in Rijeka. Nationwide, over 10,000 people are employed in the shipyards, which are estimated to have made losses of €3.7bn in the past 20 years. Croatia’s population of 4.5 million (less than one percent of the EU) and its utilised agricultural area of 1.3 million hectares is of very little consequence to wider global markets. However, Croatia’s self-sufficiency in arable products, and its near self-sufficiency for the vast majority of livestock products, require minimal funds in the importing of agricultural goods to supplement supply. Within Croatia there is considerable concern regarding the element of competition that accompanies entering the EU. Farmers and producers have accordingly been instructed to organise cooperatives and clusters to better protect against the European market and to further reduce costs and boost competitiveness. Moreover, Croatia’s high VAT rate will yield higher food prices for agricultural products.