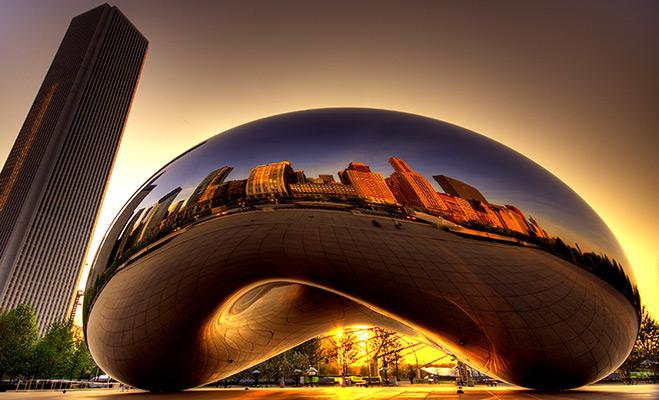 Just like companies, modern cities exist within a highly competitive space. Each city must fight to attract tourism, investment and talent. In response, many have taken to strategically marketing themselves to highlight their unique identities. Cities have become brands, their essence distilled into a marketing narrative designed to command the attention of a worldwide audience.

A successful brand creates an emotional bond between consumer and product; it entices, inspires and commands loyalty. The world’s greatest corporate brands have been engineered to portray a specific image of a product and to embolden it with a personality: Red Bull is exciting, Louis Vuitton is classy, and Apple is innovative. It’s not just about promoting a product or service; it’s about selling a lifestyle.

When it comes to lifestyle, there is perhaps no better portrait than that of a city. After all, it is in urban areas that people have come together for millennia to share in life, culture and business. Just like company logos, cities evoke their own diverse imagery: New York is exciting, Paris is classy, and San Francisco is innovative. For a city, a strong brand can attract business, boost the local economy and improve standards of living. People want to live, work, visit, study and invest in a place with a strong, aspirational character with which they can identify.

City brands have existed for centuries, developing as inhabitants grew to cultivate their own sense of self. These identities spread with the trade winds and along caravan routes to distant lands, where travellers told of vast cities of commerce, learning and religion. In the ancient world, there was no bigger centre of learning and philosophy than Athens, and this was known to people far beyond its own borders; by the middle ages, Timbuktu was a widely acknowledged trading hub even though it was in the middle of the Sahara desert; and who could forget the great religious cities of Jerusalem, Rome and Mecca, each proceeded by their reputation.

With the percentage of urbanites ballooning during the industrial revolution and the era of globalisation, identity became even more important for cities as competition between them grew fierce. Florence’s status as a banking powerhouse was taken by Amsterdam, which in turn would lose it to the omnipotent London. All roads used to lead to Rome, but now it is New York that confidently proclaims itself ‘the centre of the universe’.

These changes often took place slowly, shadowing the rise and fall of empires, the demand for various commodities and changing trade routes. Nowadays however, cities are aware of the importance of their global identity and with the world more interconnected than ever before, branding has become paramount. From the Americas to Asia, Europe to the Middle East, civic budgets are being spent on the promotion and marketing of urban spaces.

Keep it real
As a centre of commerce, trade and tourism, Amsterdam has always held an important place in European history. In recent times, however, its lustre began to fade as the global brand came to be increasingly associated with the drugs and prostitution of its neon-lit backstreets. While this image may attract certain types of tourists such as those hosting stag or hen parties, it did little to promote the city to businesses or families.

In response, civic authorities undertook a rebranding effort to return to the city’s core values of creativity, innovation and commerce. Launched as a public-private partnership, the ‘I Amsterdam’ campaign aimed to replace the predominant perception of ‘Sin City Europe’ with a portrait of a bustling and colourful metropolis filled with beautiful architecture, distinctive canals and cultural openness. In painting this image, the campaign did not deny the city’s risqué background. Instead, it made use of this reputation to portray Amsterdam as a fun-loving and diverse urban oasis with universal appeal; the red light district was but a small part of the city, in Amsterdam there was something for everyone.

While the slogan may seem a catchall to some, its wide scope celebrates a key aspect of this diverse city. Historically, Amsterdam viewed itself as a tolerant place where business and trade brought different cultures together. In paying tribute to this side of the city’s heritage, the campaign obtained a level of authenticity, gaining the support of local residents.

Since many of the world’s great cities have already established identities, successful urban brands have a good starting point. They can build on these while subtly and simultaneously tweaking them. During the 2012 Olympic Games opening and closing ceremonies, London celebrated the iconic features it has become known for: the Royal family, Britpop and its distinct sense of humour. These had helped put the city on the radar for generations, so there was no reason to change things. At the same time, however, London portrayed itself as a dynamic and changing society, constantly adapting while remaining true to itself.

Just like company logos, cities evoke their own diverse imagery

If a rebranding campaign is not seen as authentic then it is unlikely to be successful. Chicago’s leaders have often been embarrassed with the city’s reputation as a rough, gritty town synonymous with images of Al Capone and an underbelly of organised crime. Instead of embracing the city’s unique Midwestern history and gangster heritage, plans were made to transform the Windy City into a modern and sophisticated global hub. Money was poured into large architectural projects, cycling infrastructure and a failed Olympic bid to announce Chicago’s arrival on the world stage. Every global fad and trend was pursued, regardless of whether or not it fit the city’s profile.

Critics raved at first but eventually it became apparent that the branding was forced, inauthentic and lacking in spirit. Nobody was really sure what Chicago was supposed to be, as its unique history was cast aside in favour of generic global cityhood. The efforts never worked and modern Chicago is facing a state of malaise as a declining population and rising crime drag down the economy.

Standing out from the crowd
The rulers of Dubai had grand ambitions to transform their small desert settlement into a gleaming modern metropolis. In some 50 years, a town of only 30,000 people would become a city of over 1.3 million, lined with the world’s tallest skyscrapers, a plethora of elegant hotels and grand shopping malls. Now, when one thinks of Dubai, images of a millionaires’ playground of unmatched extravagance and excess instantly spring to mind.

A large part of Dubai’s success was turning what many people would have judged to be a disadvantage into a strategic asset. Because would-be investors, tourists and industry leaders have often had a myopic distrust of the Middle East as a land engulfed by conflict, instability and underdevelopment, Dubai would build its brand on setting itself apart from the rest of an otherwise precarious region. It was to be a bastion of stability and of luxury, a place where business professionals could work and play. Dubai quickly became the place to set up operations to deal with the wider Arab world, largely shielded from political upheaval and the rumblings of revolution.

The Dubai brand is instantly recognisable from that of its neighbours. In every corner of the globe, Dubai means something special; it is not just synonymous with the wider Middle East. People know that in Dubai you can dine on fine cuisine, shop for the latest brands, enjoy a level of freedom almost unheard of in nearby countries and even go skiing in the middle of July. The jewel in the Dubai crown is the Burj Khalifa. At 829.8m tall, it is the world’s tallest building and an easily recognisable symbol of the Dubai brand around the world.

Dubai’s success in distancing itself from negative Middle Eastern stereotypes – showing itself as an emblem of modernity and attracting tourism and industry – has now convinced nearby locations such as Kuwait City, Abu Dhabi and Riyadh to emulate its path and bring their own brands to a wider global audience.

This branding strategy is all about contrast: a city must recognise an opportunity to set itself apart from the wider region. In Asia, the city states of Hong Kong and Singapore flourish under what is a very similar position, in comparison to China and Malaysia respectively. They have become international centres of finance and business with a reputation for high standards of living, stable government and transparent legal systems.

Promoting these qualities has drawn countless businesses to set up shop there.

Putting themselves on the map
Beyond the annual Indy 500, few people know much about Indianapolis. The city didn’t have a negative brand; it had no brand at all. In response, some of the folks down at city hall decided to shake things up and in an effort to put the city on the radar, launched a bid for the 2011 Super Bowl.

They ended up getting the 2012 version of the gridiron showcase and went about turning the whole thing into one big advertising campaign for the city. With an army of journalists, tourists and corporate bigwigs descending on the Indiana capital, there was simply no better time to promote the place to a global audience. The event was the largest Super Bowl to date with some 167 million viewers tuning in to watch the New York Giants defeat the New England Patriots. Crucially for Indianapolis, everything went off without a hitch during what was essentially the city’s coming out party.

The entire downtown core was cordoned off as a special fan zone and all uniformed volunteers attended classes beforehand to ensure that they were as helpful and friendly to guests as possible. Their efforts were largely successful and after the game tourists went home raving about the so-called ‘hoosier hospitality’, which had made their visit to the Midwest so memorable.

As over half of the ticketholders were corporates, the spectacle also allowed Indianapolis to bill itself as a convention centre and business hub. The first thing most would have noticed when they arrived in the city was the new $1.1bn airport, a state-of-the-art facility and testament to Indianapolis’ infrastructure. The city’s ironclad hosting of the Super Bowl and other sporting events would have also drawn corporate attention. “I think our message to them is very clear – if we can host the world’s largest single-day sporting event for over a century, the Final Four regularly, and the Super Bowl – [then] we can handle your convention,” Chris Gahl, Vice President of Marketing for the Indianapolis Convention and Visitors Association told Forbes.

For lesser-known cities like Indianapolis, major sporting events have really helped put them on the map and promote their brand to a global audience. But it’s not only sports which can put a city in the spotlight. In Europe, the European Capital of Culture project highlights a unique pair of cities every year, allowing savvy urban marketers a great chance to bring their brand to a wider audience.

Similarly, the annual World’s Fair has been a promotional tool for cities to use for generations. And with city branding becoming an increasingly important factor in the success of the world’s greatest urban areas, these kinds of opportunities can ill afford to be missed.