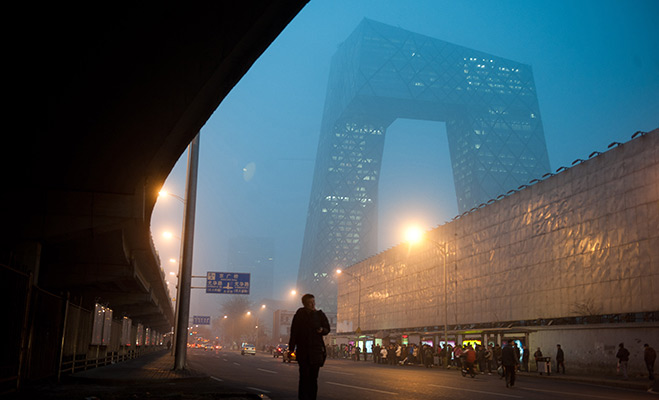 There were disgruntled murmurs across Paris upon the announcement by the French Energy Minister Delphine Batho that new, extreme green, energy-saving initiatives will mean a night-time blackout of shops, offices and public businesses, compromising the Parisian reputation as ‘la ville lumiere’. New legislation, likely to be implemented in July, threatens to black out the normally permanently illuminated Champs Elysees, the iconic windmill of the Moulin Rouge and the windows of flagship fashion houses Louis Vuitton, Chanel and Dior. Batho stated: “My intention is very clear. It is that we make energy savings.”

The new initiatives were not universally welcomed, with particular protest from the tourist and retail sectors. Furious merchant unions claim that alongside existing restrictions on Sunday and late-night shopping, the measures will have a hugely detrimental effect. They also suggest that their use of window displays as supplementary advertising has been disregarded; department stores such as Printemps and Galeries Lafayette work hard on the appearance of their windows, which have become tourist attractions in their own right. Safety is also a concern; Paris already has a reputation for pick-pocketing and petty crime and there are fears that a cover of darkness will provide an opportune environment in which criminals can operate.

Those advocating lighting reductions say the changes made will be minimal. Many Parisian illuminations are already extinguished at night, including the Eiffel tower and 304 other landmarks – fountains, bridges, statues, churches and monuments. According to the Association to Protect the Sky and the Night Environment, night lighting uses the energy produced by one nuclear plant, or 1,300 megawatts. Policy-makers believe that cutting unnecessary nocturnal power is the easiest way for the city to meet its goal of cutting public lighting consumption by 30 percent between 2004 and 2020. Across the globe cities have set themselves similar goals and are adopting a string of unorthodox measures, many of which are fortunately proving more popular than the Parisian initiatives.

Driving down pollution
As cities grow, so too do levels of pollution. This can have a tangible and detrimental effect on inhabitants’ lives. A Hong Kong survey, released at the end of 2010 by think tank Civic Exchange, found a quarter of residents wanted to leave the city to escape the pollution after levels reached a record high, prompting government warnings to avoid going out. Regional authorities highlighted vehicle exhausts as a key cause of street-level pollution.

Cars were only allowed on the road on alternate days, depending on whether their number plates ended in an odd or even number

All over the world, major cities have identified the same problem. In many, car-free policies are being initiated on a short-term basis. Beijing took 50 percent of its three million cars off the road in 2008 during a partial ban to cut down on smog before the Olympics. Cars were only allowed on the road on alternate days, depending on whether their registration plates ended in an odd or even number. This was enforced by the presence of hundreds of plate-recognition cameras and the threat of a 100 yuan fine. The Beijing anti-pollution measures also included the closing of factories and construction sites a fortnight before the games began.

One of the most successful initiatives is the annual car-free day in Bogotá, Colombia, introduced in 2000 by Mayor Enrique Peñalosa who branded it, “a beautiful, immense experiment”. The initiative was a success and popular with Bogotá residents who walked, cycled, used public transport or even travelled on horseback for their commute. The initiative is designed to cut pollution and to encourage people to reflect on their methods of transport. It currently claims the title of the largest car-free weekday in any city in the world.

Sheepish gardeners
Curitiba in Southern Brazil is a 21st-century emerald city, internationally renowned for its efforts in conservation and eco-friendly development. The urban planning of the city has been completed with the environment in mind. Despite being a sprawling metropolis, Curitiba now boasts 52sq m of green space per person, where previously there had only been 1sq m. What’s more, an impressive three quarters of the population make use of the futuristic and efficient public transport system.

The city’s tower blocks are broken up by stretches of municipal parkland, where roaming flocks of sheep tend to the lawns, nibbling at the grass and fertilising the ground with their waste. The use of sheep as natural gamekeepers, cutting out petrol-guzzling lawnmowers and non-organic fertilisation, has been experimented with by other cities too. Bryant Park in New York previously hosted a thirty-strong flock and the Italian city of Turin regularly uses this method during the summer months. Sheep are imported in from the Alps for around two months at a time and left to graze until the municipal parks are cricket-pitch smooth, before being moved on to another patch. Cows were also dabbled with, but the sheer volume of manure meant they have not been invited back to the Turin parks.

Highly eco-friendly
Toronto has become the first city in the world to introduce a bylaw making it compulsory for buildings over 2,000sq m, newly constructed in the main metropolitan area, to have between 20 and 60 percent green roof-space. The law encompasses commercial, institutional and many residential developments, stipulating inclusion of a green roof or cool roof to facilitate water or energy conservation.

A cool roof reflects the sun, reducing the urban heat island effect – where city centres record much higher temperatures than surrounding areas. Green roofs support the growth of vegetation, while helping to manage storm water, enhance biodiversity, improve air quality and energy efficiency, and add to the already substantial aesthetic beauty of Toronto. They consist of a waterproofing membrane, a drainage layer, a seam of soil and vegetation.

Older buildings face no legal obligation to install a roof garden, but it is encouraged. There are even assistance packages and financial incentives to help with their spread. Despite being the first city to legislate the presence of roof gardens, Toronto follows in the footsteps of Chicago and New York in encouraging and providing grants for green roof developments.

Reaping the benefits
Across Africa urban farming is a widespread aspect of city life and an important livelihood strategy for the poor. Yet in many areas, considered a hostile nuisance and a public health risk, it is technically illegal. This was the stance in Kampala, Uganda where until 2005 urban farming was against the law. Now, the local government embraces urban farming, to the extent that Kampala has become internationally recognised and highly commended for its sustainable, eco-friendly city farming policies.

New initiatives have been put in place as part of a poverty eradication plan, to promote environmentally friendly and cost-effective agro-enterprises. Plantations of fruit and nut trees have sprung up in miniature orchards around the city. Locals have been trained in the reuse of urine as a soil conditioner, silage-making, sustainable livestock farming, biogas and organic manure, production as well as the sustainable production of crops, fruit, vegetables, mushrooms and herbal medicines.

The Kampala model of sustainable farming is being exported and promoted in other African cities as the most effective environmentally friendly method of poverty alleviation. The Ugandan government is also being commended for other positive environmental strategies such as the major efforts to prioritise the provision of public transport in the normally congested inner city.

Saving together
Following the disaster at Japan’s Fukushima nuclear power plant, the entire country was obliged to return to a reliance on more traditional sources of fossil-fuel energy while all 50 of Japan’s nuclear reactors were temporarily suspended. The government urged businesses and households to make every effort to cut their energy consumption by 15 percent.

The chief cabinet secretary Osamu Fujimura declared: “The government will try to implement the measures so that the power savings will affect the economy and people’s livelihood as little as possible. But I would like to repeat here our appeal to the nation to save power this summer”.

Yet the Japanese government barely employed enforcement measures as citizens rose to the cause. A movement was created, known in Japan as ‘Setsuden’, encouraging businesses to turn off the main lights and provide more energy-efficient LED lamps.

Public transportation ran slower. Escalators in subway stations were stopped. Workers were encouraged to shed business suits in favour of more weather-appropriate clothing on hot days, allowing air conditioning to remain off, while others made scarves out of icepacks to wear around their necks at home. The Setsuden movement was successful; energy consumption was cut by the desired 15 percent and positive precedents were set for future energy-saving initiatives.

An environmental enclave
The district of Vauban in Freiburg, Germany, is reputed as Europe’s first car-free district. The attractive, family-friendly neighbourhood prides itself on ecological awareness. Low-energy building is obligatory; zero-energy and energy-plus construction and the application of solar technology are standard for most.

A former military base, abandoned in 1992, Freiburg was developed to be a residential district with a large community spirit. The primary goal of Vauban’s developers was to maintain a car-free city centre and reduce the overall numbers of private cars. This was accomplished by creating diverse public transportation possibilities, such as a 3km-long tramline to and from Freiburg. The city council also created a car-sharing system, established 500km of bicycle paths in Freiburg and Vauban, and added 5,000 bicycle parking spaces.

For sacrificing cars, citizens are rewarded with bargain public transport and cheaper housing; if residents insist on having a car it must be parked outside city limits at an average cost of €1,800 per year. Since Vauban’s completion in 2006, the 5,000 residents have enjoyed lush green surroundings and air virtually free from car exhaust fumes.