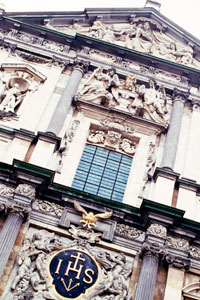 Belgium has been called the ‘battleground of Europe’, as successive English, Dutch, French and German armies have all fought each other within its borders; the cemeteries of Ypres, were 300,000 died during WWI, are perhaps the most poignant reminders of follies past. The years of conflict have left a highly multicultural, multilingual country, which has, ironically, become the seat of the EU parliament even as the country itself remains highly divided between the Flemish north and Walloon south. The capital Brussels, a truly international city in the twenty-first century, gets mixed reviews; labelled ‘dull’ by some it is adored by others for its fine foods, café culture and surrealist art. Bruges, however, is a medieval masterpiece that appears almost perfectly preserved – though usually mobbed by tourists – and Antwerp marries a grand cathedral and rustic boutique-filled back-streets with modern chic and fashion that makes it one of the trendiest cities in Europe. The country’s mixed heritage has made for a complex people with varied standards, and foreigners are often prone to the odd faux pas. This rarely matters as long as you are genuinely courteous. Flemish, Walloon and German groups differ in many ways but manners are important throughout Belgium. Be patient, too, as business procedures are often bureaucratic and pressing for quick resolutions will often only jeopardise a deal. A more subtle approach, however, appealing to personal feelings and allegiances, can often be effective.

Getting there Brussels is the main international airport, though there are others at Antwerp, Charleroi and Liege. Flying into Luxembourg is also an option. The European bus and train network provides international connections across the continent.

Getting around The train system is extensive, efficient and inexpensive. Buses are a slower alternative but no less comfortable. There is a widespread motorway network and driving is generally stress-free, except around major settlements during rush hours

Business etiquette: Business transactions are usually done in French or English. Suits should be worn. Punctuality and manners are important. It is considered rude to be confrontational – subtlety is valued over directness and logical reasoning over emotion.

Tipping: Tipping is not widely practised.

Safety: Incidence of crime is very low. Do not leave valuables in plain view on the seat of a car. Laws: Identification documents must be carried at all times.

Healthcare: Vaccination for tetanus required. Excellent medical facilities available, European citizens get free healthcare with an EHIC card. Travellers from beyond the EU may be charged and are advised to take out health insurance.