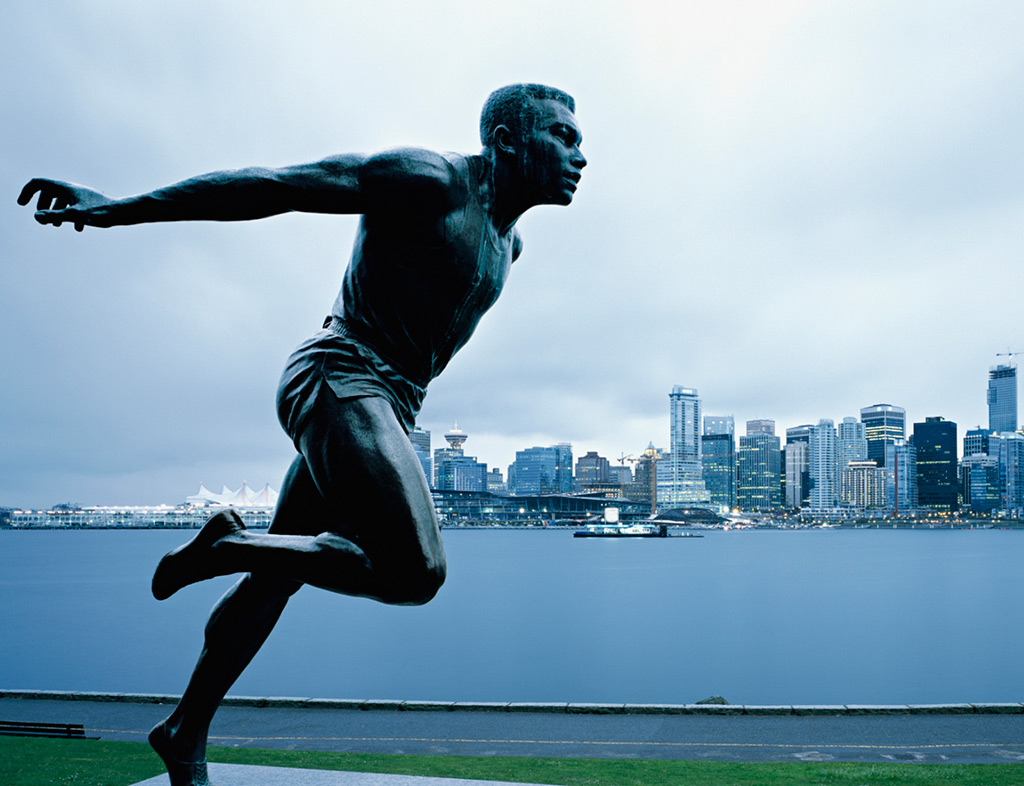 Vancouver is one of the top cities worldwide to live and do business in. With a number of feathers in its cap, from exceptionally good education to consistently high liveability rankings, there are many reasons why businesses across a range of industries are able to thrive there.

The city, located in British Columbia on the western coast of Canada, is one of the largest and most densely populated in the country. It is ethnically and linguistically diverse, offering business opportunities for an array of cultures in a unique and beautiful location.

Canada was also recently found to be one of the most economically free countries, due to its legal structure and regulations that protect consumers while encouraging growth. The benefits of this are widespread, and create competitive advantages. A high level of income per capita, greater growth rates, and better overall prosperity, are thought to be the results of the economic freedom Canada enjoys.

Businesses in Vancouver not only enjoy less restriction, they also have access to a highly skilled workforce − a competitive talent pool of workers to choose from. The number of educated employees among the workforce gives Canada an edge that companies in most other countries could only dream of.

Entrepreneurial Vancouver
Thanks to favourable regulations, workforce, and its location, Vancouver provides a vast draw for businesses, both established and start-ups.

Gary Bizzo, management consultant and business mentor, told Business Destinations why entrepreneurs and investors come to Vancouver: “The primary benefit for starting a business is its proximity to the Pacific Rim. We have people coming from Eastern Canada for the weather, and Pacific Rim people coming to start a new life. It is a thriving entrepreneur pool. 97 percent of all businesses in British Columbia are small, self-employed operations.”

Startups are attracted to the city by loan foundations available to entrepreneurs, giving them a helping hand to kick-start their new business. Another lure is the high level of skill and education that saturates the economy, making Vancouver very much an employers’ market. There is more skilled labour than there are jobs available. “There are a high percentage of skilled professionals unable to practice their field in Canada, for instance doctors, engineers, architects, and others. This gives the impression that the workforce is low paid and uneducated, but it is the opposite,” says Bizzo.

“There is a vast talent pool, including people seeking jobs or investment opportunities as immigrant investors. Startups can easily find workers at the low end of the pay scale. Educated software engineers, for instance, may have to take lower paying entry positions due to language issues while having strong skills in their field. If you are having a heart attack the best place in Canada to have it is at the Vancouver airport taxi parking lot because of the incredible number of doctors driving taxis.”

97 percent of all businesses in British Columbia are small, self-employed operations

Economic freedom
The composition of the country’s economic regulations also acts as a magnet, enticing business to the region. Despite the US’ reputation for a lack of regulation and laissez-faire approach to business, the Fraser Institute’s Economic Freedom 2012 annual report saw Canada take joint fifth place with Australia for levels of economic freedom, while the US fell to 18th – its lowest ever ranking. Canada is steadily improving in this sense, up one place from sixth position last year.

The report puts Canada ahead as the country with the most economic freedom in North America. The nation scored particularly well in the “access to sound money,” “regulation of credit, labour and business,” and “legal structure and security of property rights” categories. Bizzo describes the regulations in Vancouver as “strong, to protect the consumer. They are, however, fair to all and open to scrutiny at all times.”

Economically free countries have been associated with higher average income per capita rates, and life expectancy is over 20 years longer than those with the least economic freedom. It is also seen in countries with higher literacy levels, higher growth rates, and less corruption by public officials, according to research by The World Bank.

Countries with less economic freedom tend to have lower prosperity levels as the economy grows at a slower rate. Speaking to Business Destinations, McMahon said: “Gains in prosperity benefit all businesses. Economic freedom also means fewer barriers to setting up and running a business.”

A highly educated workforce
Canada boasts exceptionally high levels of education generally, but particularly in Vancouver. That base of talent attracts businesses hoping to reap the rewards that come with what is arguably the most talented work force on the planet.

The OECD recently published the results of a study entitled Education at a Glance 2012, looking at education levels in the 34 OECD member countries and eight other major economies. It found that 51 percent of Canadian residents at working age had completed tertiary education. Broken down, this showed that up to 23 percent have completed degree-level education, three percent have been educated to master’s level, and 24 percent completed tertiary education in practical, technical or occupationally focused courses. The results of the study show Canada to be the most widely and highly educated nation in the world.

The numbers are even better in Vancouver, where education levels increase by about one percent per year. The 2006 census showed that 31 percent of Vancouverites have a degree. Compare this to the nationwide average of 23 percent, and it’s possible to see that Vancouver’s workforce is nearly a decade ahead of the rest of Canada –  let alone the rest of the world. The consequence is a technically competent workforce that saturates the city’s jobs market. This is hugely appealing for businesses looking not only for the finest talent in the world, but also for a place in which they –  startups in particular –  can find the talent they need at an affordable price.

Quality of life
One of Vancouver’s highest accolades is its consistent appearance among the top 10 of the world’s most liveable city rankings. The annual report, released recently by The Economist Intelligence Unit, gauges 140 cities worldwide by their healthcare, education, infrastructure, stability, culture and environment. Three Canadian cities – Vancouver, Toronto, and Calgary – took third, fourth, and fifth place in the international rankings, respectively. Melbourne and Vienna took the top spots, but only by a couple of tenths of a percentage.

Vancouver managed to score an outstanding 97.3 out of the perfect 100. It is the first city to rank among the top 10 for five years in a row. The city took first place in 2011, but lost out this year due to petty crime rates, availability of quality housing in what is an already densely populated city, and infrastructure projects such as the Evergreen transport line, which at the moment is causing some disruption, but in the long term will greatly improve the quality of transport throughout Vancouver.

“We’ve worked hard to ensure that we have a safe, vibrant city − one that protects green space and fosters a strong local economy.

Recognition such as this from the EIU is a true validation of our efforts,” said Vancouver’s Mayor, Gregor Robertson, in response to the  country’s ranking.

Vancouver is clean and eco-conscious, with environmental initiatives in place to address climate change, and to create a sustainable city. With the Greenest City 2020 initiative, Vancouver intends to bring down greenhouse-based gas emissions to five percent below the levels of 1990, despite population growth of 27 percent and jobs growth of 18 percent. The ultimate result, the city hopes, will be to address climate change while creating green jobs that contribute to the preservation and restoration of environmental quality.

Tourism and industry
A variety of industries flourish in Vancouver, and even though the traditional business of forestry remains its largest industry, it is also increasingly well known for its tourism. Vancouver is a cultured and vivacious city, surrounded by easily accessible pockets of natural beauty. Cruise liners often stop at the Vancouver port, and numbers are on the increase – 2011 saw over 663,000 passengers, up 15 percent on the previous year. With numbers for 2012 expected to rise impressively by a further 25 percent, the tourism industry in the city is undoubtedly thriving.

Other areas of business that are seeing huge growth throughout British Columbia include a variety of hi-tech industries, design, management, education, and building services; all of which are now employing double the amount of people they were in 1990. The business services industry, which has recorded the fastest growth, has seen levels of employment up by 400 percent according to A Guide to the BC Economy.

Perhaps surprisingly, the city also experienced a considerable boom in television and film production, earning itself the moniker of ‘Hollywood North’. Vancouver is chosen as a locale for filming because of its proximity to Hollywood – it’s only a two-hour flight away – as well as a climate suitable for shooting all year round and an assortment of locations at hand that can pass as a variety of other places. But the number one draw for the film industry, which fills the Vancouver coffers with $1bn per year, is a series of incentives and overall reduction in production costs. Not only are there rebates and tax breaks, but there are also substantial government subsidies for studios that make the trip to the city.

The coastal city also boasts excellent trade links, and not just because it is home to Vancouver International, the second busiest airport in Canada. Back in the 1800s, the transcontinental railway was extended to Vancouver in order to take advantage of its large, lucrative seaport. At the time, the port became one of the essential links in the trade routes between Asia, Canada, and London. To this day, the port continues to trade, and is the busiest and largest in Canada.

Port Metro Vancouver handled 122.5 million tonnes of cargo last year – up almost three and a half percent on the previous year – making it the fourth-largest port by tonnage in North America. 2012 is set to be a bumper year too, with the half-year report showing average growth of six percent. The natural advantage of being the closest major gateway to Asia continues to boost demand for Canadian cargo in Asian markets.

Vancouver is definitely a city with a lot to offer. Not only does it boast low levels of regulation, high levels of education, and a well-organised, resilient infrastructure, it’s all situated in a beautiful part of the world with great access to vital trade routes. A growing number of businesses from an assortment of industries now call Vancouver their home, and that number is due to increase as the global economy continues to rejuvenate over the coming years.