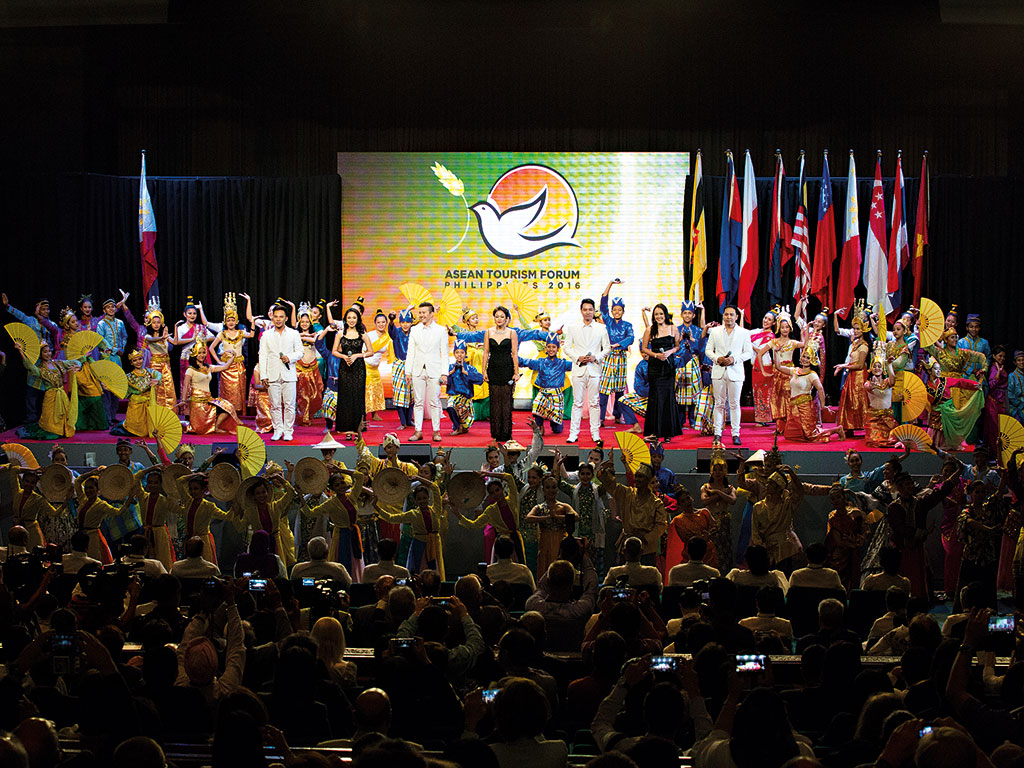 The recent growth of the Philippines’ tourism industry has been nothing short of extraordinary, with impressive developments expected in the future

Tourism has truly emerged as one of the Philippines’ ‘feel good’ industries, as it continues to have a significant impact on both the public and private sectors. For the period of January to October 2016, tourist arrivals in the country reached a total of 4.9 million, showing 11.65 percent growth on the previous year. This consistent growth in foreign arrivals made the country’s target of six million visitors for 2016 highly attainable.

The impact of the MICE sector on the country’s overall tourism industry is noteworthy. Taking charge of facilitating MICE events, the Philippines’ Department of Tourism and Tourism Promotions Board have had their fair share of cooperating and working with industry partners.

With the major events organised in 2016 including the ASEAN Tourism Forum in January, Madrid Fusion Manila and the World Streetfood Congress in April, the Philippine Travel Exchange in September, and the Travel Blog Exchange Asia-Pacific in October, international and local MICE organisers and delegates are discovering the country’s capability to host large-scale events.

Pioneering industry
Manila, Cebu and Davao have now been established as key MICE destinations. These places offer not only the best of tourism products and services with vast opportunities for business, but they also boast consistently growing local economies which have attracted investors to build hotels and meeting facilities.

Manila is widely regarded to have pioneered the Philippines’ – and, some would argue, Asia’s – MICE industry with the establishment of the Philippine International Convention Centre, which set the trend for neighbouring countries. The SMX Convention Centre is another world-class facility for exhibitions, local trade events, conventions and corporate functions. Its proximity to the SM Mall of Asia integrates business with recreation, shopping and entertainment. The World Trade Centre, Manila is also a convenient place for conventions and exhibitions. Through each of its exemplary MICE venues, Manila takes centre stage with a distinct combination of character, professionalism, history and style. Island growth
Cebu is a favourite getaway destination for those seeking a combination of functionality and excitement. Far from being a simple leisure destination, Cebu is now a prime destination for MICE with its improved facilities, the presence of an international airport, global hotel brands, and convention halls of international standards. Cebu is acknowledged as a fully equipped MICE destination, with its most popular hotels including Marco Polo Plaza Cebu, Radisson Blu Cebu and Shangri-La Mactan Resort and Spa.

The dynamic economy, human resources, infrastructure, favourable business environment, responsive local government and high quality of life in Davao City make it a sought-after destination for leisure, trade, investment and MICE. It has a wide range of accommodations, resort properties, meeting facilities, shopping malls, restaurants and health and wellness centres that define modern living in a safe and green environment. Most importantly, with the convenience provided by the SMX Convention Centre Davao and Marco Polo Hotel Davao, the province has become a preferred destination for meetings, conferences and corporate events in South Philippines.

Another city that is expected to experience a MICE boom is Iloilo. In the last two decades, Iloilo has silently achieved great progress: it has built new roads, multiple spaces for commerce, and a modern airport that services regional travellers. With the establishment of the Iloilo Convention Centre in 2015, the expected growth of the MICE industry in the city will further support tourism, transport and manufacturing industries.

The Philippines’ beaches, distinctive rock formations and stalactites, underground caves and rivers, exuberant festivals, friendly people and collection of 7,107 islands highlight the very best of the country’s offerings. The Philippines is positioned on the crossroads of international trade and commerce in the Asia-Pacific region, making it an ideal destination for MICE.