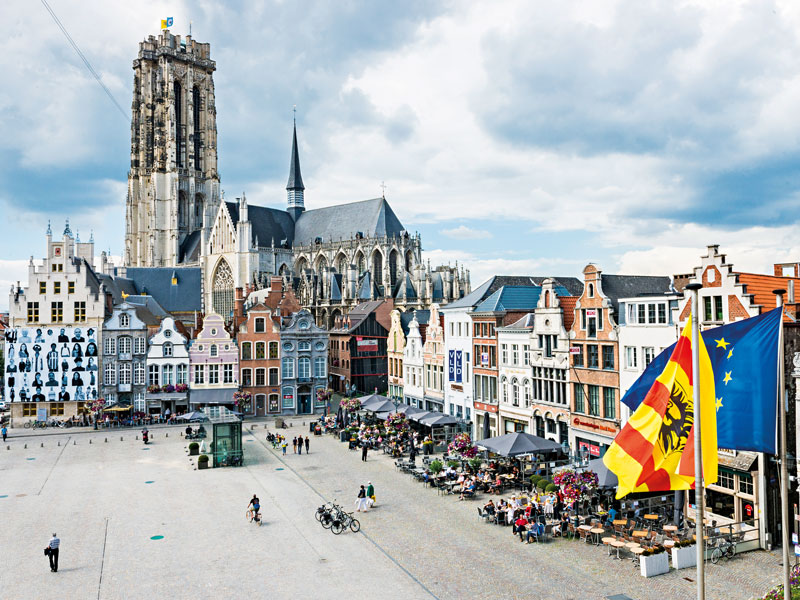 With more than 300 historic monuments, a central location and a growing business tourism industry, Mechelen is fast becoming one of Belgium’s MICE hubs

Mechelen is located midway between Brussels and Antwerp, and is just a stone’s throw from Brussels Airport. Its central location makes this historic city the perfect base for a visit to Belgium, whether you are travelling for business or leisure.

The Flemish city is an architectural treasure trove with plenty of monuments to look at. You can stroll from one attraction to the next in the compact city centre as all the highlights are within a short distance of one another.

A day spent in Mechelen’s labyrinth of narrow streets, walking among its historic buildings, is like taking a journey back in time. And there are plenty of charming pubs and restaurants where you can enjoy a taste of the real Mechelen along the way.

Old meets new
This is a hospitable city where the locals greet you with a smile and are glad to provide an explanation of what you see; the people of Mechelen are rightfully proud of the more than 300 listed monuments in their city. Three of these monuments have UNESCO World Heritage status, namely St Rumbold’s Tower, the belfry of the town hall and the Large Beguinage. The city also boasts eight historic churches in Gothic and Baroque styles, showcasing work by Flemish artists Peter Paul Rubens and Anthony van Dyck.

The combination of historic and contemporary architecture makes Mechelen a surprising and multifaceted city. A growing number of international visitors and business tourists are finding their way to the city, which has undergone a veritable transformation since the 1980s.

Once a dreary city, Mechelen is now a vibrant destination with plenty to offer. The many new pubs, restaurants and trendy shops are evidence of the change the city has undergone, as is the changing tourist industry.

In 2018, the new Museum Hof van Busleyden will open to the public, offering visitors an insight into the city’s Burgundian past. The city hopes the museum will attract up to 100,000 visitors a year. From 2019, Mechelen will increase its accommodation facilities by 20 percent to make room for the influx of visitors coming to the thriving city.

With such a diverse range of attractions, it is no surprise that the Belgian city is experiencing a positive evolution. The magical Large Beguinage – a web of tiny streets lined with picturesque houses – is a haven for visitors in search of some peace.

However, nestled among the quiet lanes, you will also find one of the busiest and most popular places in the city: its authentic brewery. Het Anker is a great place to enjoy a break from exploring and sip one of its award-winning Gouden Carolus ales instead. Het Anker is one of the oldest breweries in the country; even Emperor Charles V praised its beers.

Royal seal of approval
Charles V was not Mechelen’s only royal visitor: Queens Margaret of Austria and Margaret of York also influenced the history of the former capital of the Burgundian Netherlands. Nowadays, their palaces are one of the city’s many places of interest.

Mechelen embraces its colourful past, opening historic buildings to the public – not just for tourists, but also for conventions, meetings and team-building experiences. The former Lamot Brewery near the River Dijle is now a convention and heritage centre.

The new KV Mechelen football stadium, the Tivoli Castle, the historic Den Breckpot house and the Martin’s Patershof hotel are just a few of Mechelen’s assets as a MICE destination.

The Meet in Mechelen Convention Bureau has been a catalyst for the growth of business tourism in Mechelen. The city has plenty of venues for small and medium-sized meetings and events. On the fringe of the city, the 18,000sq m Nekkerhal can host trade shows for up to 5,000 visitors and conventions with 600 participants.

Mechelen owes its transformation from a bland city to a must-see destination to these assets. This city’s central location, the charm of its locals and its excellent infrastructure are increasingly putting Mechelen on the radar of the MICE community.