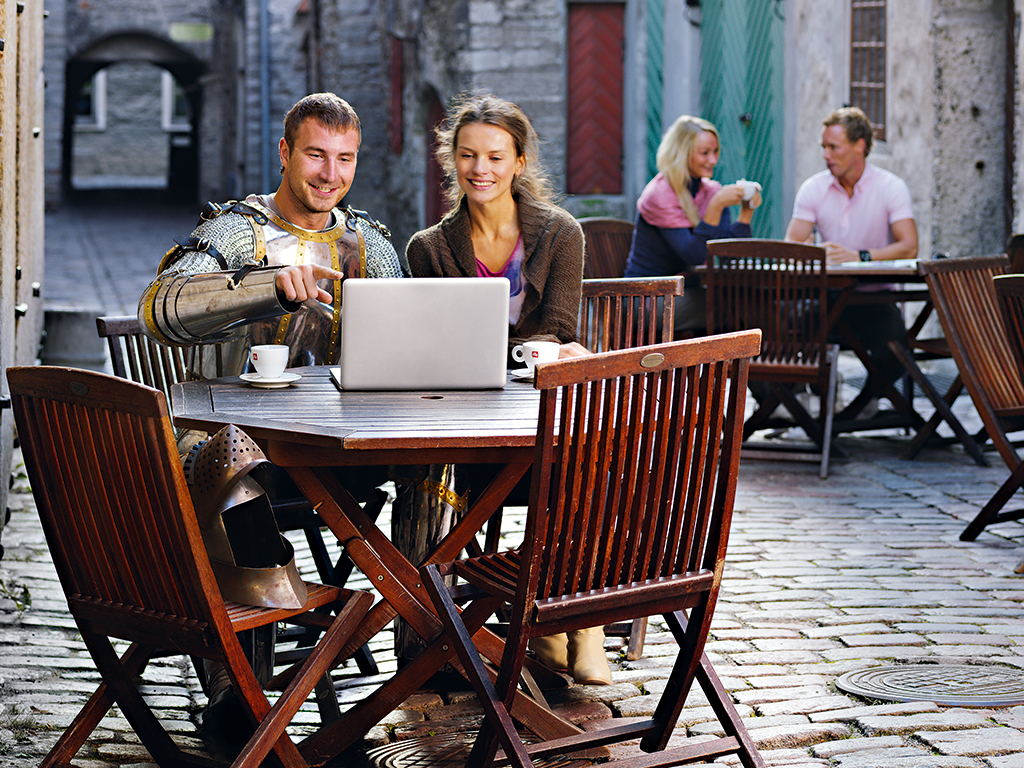 Estonia has been a hub for innovation and digital technology for the past 20 years. Now, after a complete overhaul of how residents access its services, the country is hoping the rest of the world will follow its example

In the same way that Icelanders jest about how everyone on the island appears to belong to a rock band, in Estonia’s charming medieval capital, Tallinn, people can often be heard laughing about the outrageous percentage of residents who now seem own a private company. Oddly, however, this is not far from the truth – the introduction of digital identity cards in 2002 provided Estonia with the most highly developed national ID card system in the world. Over 4,000 public services are available online to locals, including the use of digital signatures, access to e-prescriptions and medical records, and proof of identity when using online banking. As a result, e-residents can set up a new business in mere minutes and run the entire enterprise online.

Welcoming visitors
In December 2014, the process was opened to foreigners for the first time. These so-called ‘digital residents’ can now obtain their own Estonian ID card, providing them with access to the country’s plentiful e-services. While the project is still in the early stages, the country’s CIO, Taavi Kotka, is already hopeful of having 10 million digital residents across the globe by 2025. Nevertheless, he admits that he was not expecting quite the level of interest in the venture that has been shown so far: within the first 24 hours of it being announced, thousands of future residents flocked to the project’s website in order to register for more information.

Interestingly, only 25 years ago the mere concept of owning a private company was one that did not exist in the country. After securing freedom from its Soviet occupation, Estonia fought to become a pioneer of new information technologies. In only a few years the country’s schools became computerised, free Wi-Fi became a civil right, and the nation gave birth to several peer-to-peer services, including Skype and Kazaa.

While the country is rich in staggering natural beauty – including vast areas of forests that, in winter, bear a magnificent resemblance to CS Lewis’ Narnia – Estonia has few resources. As a result, innovators in the country have made keeping costs down a priority, particularly by looking for smarter ways in which to build efficient systems. And they have obviously succeeded: during his visit to Estonia in 2014, US President Barack Obama commented that he should have hired Estonian coders when building the ObamaCare website – an expensive project with a disastrous rollout. Signing documents digitally alone saves Estonia two percent of GDP annually – and this is but one of the various e-services that Estonian companies and citizens use daily.

Digital democracy
On any given election day, there will be an Estonian sitting in a coffee shop in Malaysia or Mali, casting a vote for their local election thousands of miles away from home. Using only a mobile phone or laptop, Estonia’s impressive online database can recognise a resident’s act of digital democracy from the other side of the globe. Already, around 20 percent of Estonians are choosing to vote online.

Furthermore, the country now has plans to open data embassies in cities all around the world. Critical information will be securely stored in servers outside of Estonia itself, meaning that even if services within the country fail for a period, e-services will continue to function normally. This innovative scheme ensures the safety of the country as a whole: even if Estonia is attacked physically, its online functionality – and therefore its vital public services – will not be affected.

Getting things right
Making digital democracy work securely and transparently is important for Estonia. The country’s residents are committed to the mission, considering it akin to putting a man on the moon.

“It’s much more important, I think, than getting a medal”, says Edward Lucas, a journalist and Estonia’s first foreign e-resident. This mentality is supporting the nation through a period of overhaul and innovation – there is always the possibility of things going wrong, but with this pioneering mindset, Estonians are excited to teach the rest of the world how to get things right.