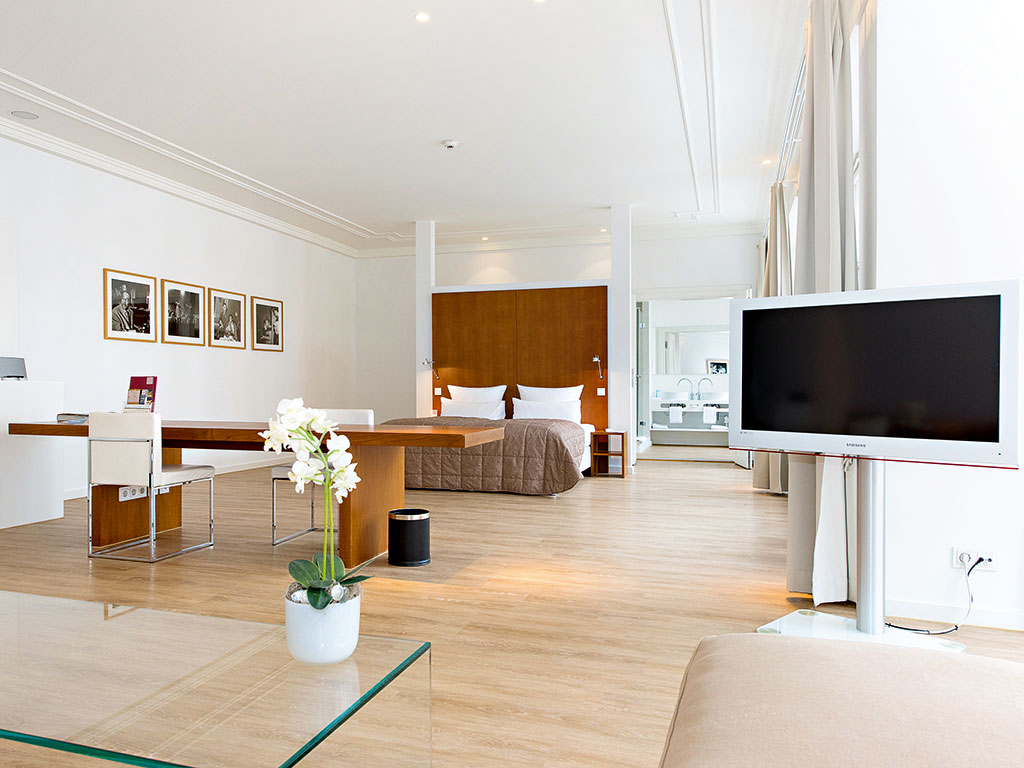 Centrally located in one of Europe’s most exciting cities, the Ellington Hotel Berlin’s range of unique venues has made it one of the most popular meetings and conferences locations in the city

The German capital has long been making a name for itself as a young, dynamic and cosmopolitan city at the heart of the European continent. Constantly re-inventing itself, the city has a reputation for repurposing buildings into multifunctional venues, making it one of the fastest-growing destinations in the world. With its exceptional national and international travel connections, numerous hotels and some truly special events venues, Berlin is an international hub for conventions and trade fairs – a crucial industry on the back of which the entire city continues to thrive.

According to the latest congress statistics from the visitBerlin convention office, 2014 saw over 11 million people participating in more than 131,000 events. More than seven million hotel bookings stem from the convention business each year – a quarter of all hotel stays in the capital.

Top ranking destination
Since 2004, Berlin has been consistently ranked among the top four most important convention locations for associations in the world by the International Congress & Convention Association. However, this is just one reason why international event planners continue to regard the city as a leading convention destination for their high-profile events and fairs, which have included Internationale Funkausstellung Berlin (IFA), International Green Week and Internationale Tourismus-Börse Berlin (ITB) in past years. Additionally, no other city in the world offers such an extensive range of unique locations – from the 368m-high TV Tower to the hangar of former Tempelhof Airport – alongside over 800 hotels. The Ellington Hotel Berlin is one of the city’s most popular hotels, providing modern décor and state-of-the-art meetings and events facilities that can accommodate up to 800 participants.

Centrally located in City West, between the elegant Kurfürstendamm Boulevard, Berlin Zoo and the famous KaDeWe department store, the Ellington Hotel Berlin is the perfect destination for international event planners with the very highest expectations. The hotel’s magnificent architecture, which dates from the 1920s, has monument-protected status, making it one of the most recognisable structures in the area.

Guaranteeing a room to suit everyone, the Ellington Hotel offers 285 elegant rooms and suites ranging in size from 22sq m to 640sq m. Every room offers modern facilities, including wireless internet access and air-conditioning, as well as extensive natural daylight.

Unique incentives
The Ellington Hotel prides itself on its capacity for creating truly memorable events. Its experienced events team offers advice and support for preparing the right programme for conferences, meetings, banquets and galas. Recognising that modern communication equipment, stage facilities and media technology are essential for any successful event, the hotel’s specialists provide competent advice as well as hands-on technical support to guarantee the smooth running of any occasion.

Additionally, the Ellington Hotel Berlin offers a range of exciting venues that entice planners from the world over: events in the hotel’s wine vault (an original, perfectly maintained vault storing over 300 wines), private meetings in its modern conference suites, team events in the summer garden, cookery classes in its buffet restaurant, fashion shows and product presentations in the prestigious Hall Femina, and culinary receptions in the award-winning Duke restaurant are just some of the exclusive opportunities on offer for those planning an event at the Ellington Hotel.

Event planners also appreciate the ideal location of the hotel. Its close proximity to many of the city’s finest sights allow even the shortest business trips to include some downtime. Just a few steps from the hotel lobby is one of the most famous shopping locations in Berlin – the Kurfürstendamm Boulevard – and the beautiful Kaiser Wilhelm Memorial Church. Countless other interesting sights, culinary hotspots and exciting nightlife locations are also within walking distance of the hotel.